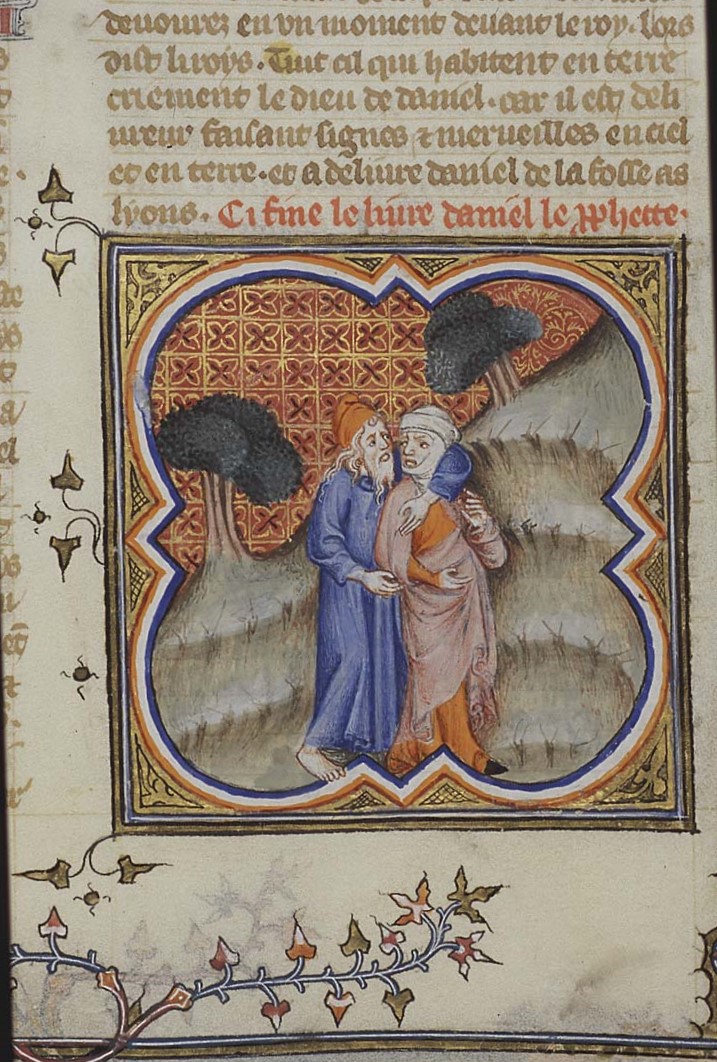 Gomer’s degradation was the dark background against which the beauty of her rescue was portrayed.

Gomer had refused Hosea’s love, had abandoned even her own children to run after her lovers. But Hosea’s love was stronger than her rejection of him. The more she pushed away, the more he patiently waited for her, taking care of her when he could. For Hosea, there was no thought of abandoning his beloved.

This is the measure of true love: faithfulness.

As Gomer became ever more jaded and debased, her lovers came fewer and farther between. From handsome playboys to degenerate leches, slowly but inexorably, Gomer slid to the bottom of the pile, until she finally ended up in the slave market, no doubt putting herself up for public sale to cover her debts.

Those who were being sold into slavery were typically stripped naked so purchasers could see what they were getting. She had aged, lost her youthful charm and enticement. Her appearance would have reflected dissipated living, possibly beatings, possibly sexually transmitted diseases, possibly more pregnancies. Certainly mistreatment, neglect, and the effects of growing hopelessness and despair.

Depicting God’s long-suffering love, Hosea looked everywhere for his wife, searching tirelessly until he had found her at last, in the slave market. She had become a temple prostitute, what she had thought—in her fantasy—would be a desirable, exotic life, filled with everything she could possibly want and enjoy. What she got instead was to be used up and thrown away. As Paul would write, a thousand years later, the wages of sin are death. For those who belong to sin, all sin will deliver in the end is corruption and death.

The auction started, and Hosea kept bidding, willing to pay whatever it would take to ransom Gomer. Not to own her, but to redeem her, to reinstate her as his treasured wife, so that he could continue to give himself to her as her husband, to love her and cherish her.

Going … going … gone. Gomer was so hard-used, the slaver gladly sold her to Hosea for half the going rate on slaves.

In that day and age, Hosea had all the weight of the law to kill her right then and there, as an enslaved person in his possession, and also as his adulterous wife.

But instead Hosea, out of his great love for her, set her free and offered himself once again as her husband. He restored her to the same privilege of position that she had held when she was the beloved wife of his youth.

Without Hosea, Gomer would have died enslaved.

Redemption was originally a technical term, used in commerce in the ancient near east. It was used specifically in connection with the buying and selling of slaves. A person being sold as a slave could be purchased to own, or could be redeemed for the express purpose of being set free.

The price of redemption was called a ransom.

In the same way, the New Testament writers used the word redemption to illustrate Jesus paying the ransom for you and me in the marketplace of sin in order to set us free from being bound to sin and death, to bring us back to Him, chosen from before time to be His bride.

In order to purchase a slave, something of value had to be exchanged, whether the coin of the realm or some other product that could be used as currency.

The apostle Peter said Jesus paid with something that was even more valuable than silver or gold, which, after all, as precious as it is, is still perishable. But in order for Jesus to pay what would be recognized by God as the coin of the realm, He had to become a human being, He had to have a life that He could live perfectly, without one sin, without one way that sin or death could have a hold on Him. And He had to have a life that He could freely give away for you and me. Jesus redeemed us from our enslavement to sin with His own blood, the blood of a perfect sacrificial lamb.

Without Jesus, you and I would have been condemned to a life of sin ending in death. In the end, Paul would write, none of us can extricate ourselves from our own mess. We’re enslaved. So, Jesus substituted Himself for us, He took the penalty for us. The only ransom that would be accepted, was to give His life in our place, to take all the sin into Himself and to allow the wrath of God to consume our sin in Him.

A subject Paul would write about often, he said, “You were bought with a price…Therefore glorify God in your body, and in your spirit, which are God’s.” Even though Jesus has set us free, you and I owe Him everything.

And Hosea did ask something of Gomer that so far she had proven either unable, or unwilling—or maybe even both—to do.

Then I told her, “You are to live with me many days; you must not be a prostitute or be intimate with any man, and I will behave the same way toward you.”

Some prophets preached God’s message, others wrote it down, but Hosea, now, Hosea lived it out. Because of his marriage, Hosea’s story is able to show you and me, like nothing else could, what God feels, His depth of suffering, His heart response to His people. And today, sometimes the tragedy or trauma God allows in our lives is His desire for us to show something of the love and character of Christ in our situation.

And so must our love be: unfailing, faithful, overflowing with forgiveness.