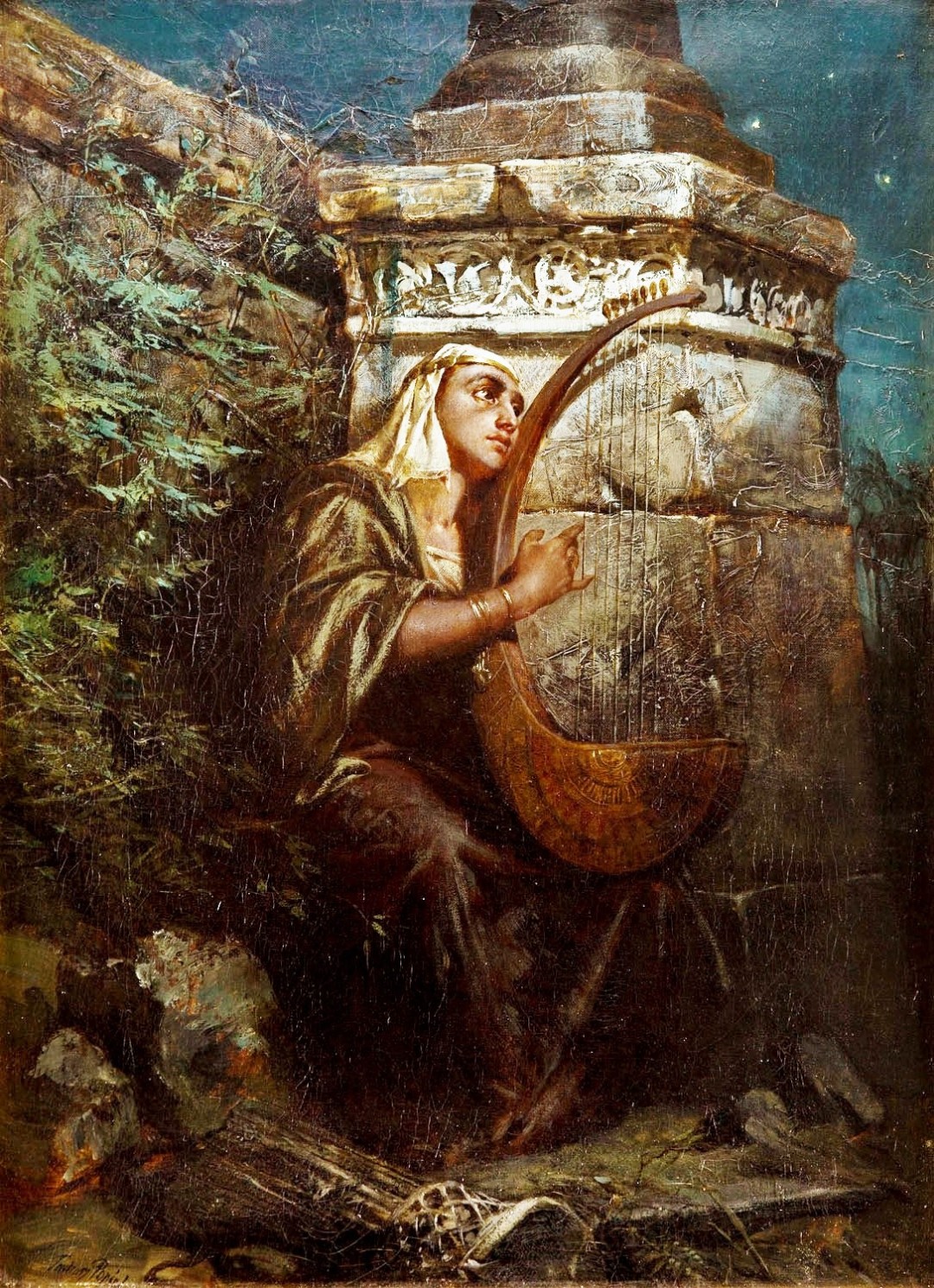 After the rough-and-tumble days of the Judges, came the time of kings. Notice the writer did not turn to Saul, Israel’s first king, or to Solomon, last potentate, wealthiest and most powerful of the United Kingdom of Israel. The writer turned to David, who would become—and remains to this day—the most beloved of kings found among the pages of the Hebrew scriptures.

And what more should I say?

Samuel’s anointing of young David took everyone by surprise. Not even his own father suspected David might amount to more than a shepherd. But Samuel could not pour oil on the head of even the most promising candidate. It had to be the one about whom God had said,

“I will show you what you shall do; and you shall anoint for me the one whom I name to you . . . for the Lord does not see as mortals see; they look on the outward appearance, but the Lord looks on the heart.”

So, Samuel patiently assessed each of Jesse’s sons, fine men all. But finally, Samuel had to admit God had not chosen any of them. Were these all of Jesse’s sons? No, the man admitted, I have one more, but he’s just a little shepherd boy.

Samuel remembered, years later, his first impression of the young son Jesse led in. He was ruddy, and had beautiful eyes, and was handsome.

The Lord said, “Rise and anoint him; for this is the one.” Then Samuel took the horn of oil, and anointed him in the presence of his brothers; and the spirit of the Lord came mightily upon David from that day forward.

Soon after, God’s Spirit lifted from Saul, and he was left to battle his own demons alone. Desperate for relief, Saul’s servants brought young David to the tormented king, for the little shepherd was also a promising musician of some renown.

But Saul only took notice of David when the youth stepped forward to accept the Philistine giant Goliath’s open challenge. Filled with God’s Spirit, David declared,

“I come to you in the name of the Lord of hosts, the God of the armies of Israel, whom you have defied.  This very day the Lord will deliver you into my hand . . . that all this assembly may know that the Lord does not save by sword and spear; for the battle is the Lord’s!“

After that decisive confrontation, the young shepherd became a decorated warrior, finally winning the right to call Saul’s daughter, Princess Michal, his wife.

There were many years to come of conflict between David and Saul, who feared the throne would pass from Saul’s son, the crown prince Jonathan, to the crowd favorite (and God’s anointed) David. Saul grew ever more violent with insane jealousy, killing many innocent people including nearly all the priests in Israel.

All throughout, David showed reverence for God, patience and esteem towards Saul, and tender faithfulness for his beloved friend Jonathan. David understood the importance of waiting on God’s time, and while waiting to do the work set before him, he gathered around him those disaffected by the king’s rule, mercenaries who had little other recourse, and fashioned them into the mighty men they would one day become.

David listened to the prophetic wisdom of Abigail and lived it out.

“When the Lord has done to my lord according to all the good that [God] has spoken concerning you, and has appointed you prince over Israel, my lord shall have no cause of grief, or pangs of conscience, for having shed blood without cause or for having saved himself.”

Once the ten northern tribes accepted David as king, and Israel was united, the ambience of David’s reign changed. He

But most notably, God established an everlasting covenant with David, the great Messianic prophecy that promised a King Forever.

Thus says the Lord of hosts:

—“I took you from the pasture, from following the sheep to be prince over my people Israel;

—“and I have been with you wherever you went,

—“and have cut off all your enemies from before you;

—“and I will make for you a great name, like the name of the great ones of the earth.

. . . “I will raise up your offspring after you, who shall come forth from your body, and I will establish his kingdom.

. . . “Your house and your kingdom shall be made sure forever before me; your throne shall be established forever.“

Repentance was not always swift in coming! But eventually, David always returned to God, his heart in his hands. And there were many grievous sins for him to repent of. He betrayed some of his closest friends, most notably Uriah the Hittite whom David had killed after he sexually violated Uriah’s wife Bathsheba.

David’s sins of sexual violence and lust, and murder came back to haunt him in awful ways, as his own son Amnon raped David’s daughter, Amnon’s half-sister Tamar. David’s inaction to vindicate his daughter or punish his son brought more bloodshed among his family, greater betrayals, grabs for power, a kingdom divided in its loyalties, and a disintegrating reign.

David suffered times of disheartenment, distance from God and others, indecision, and poor decisions. Yet, in his chest still beat a heart for God. Among the more well-known of his song lyrics focused on this aspect of David’s faith—that God will always forgive and cleanse.

Create in me a clean heart, O God,
and put a new and right spirit within me.
Do not cast me away from your presence,
and do not take your holy spirit from me.
Restore to me the joy of your salvation,
and sustain in me a willing spirit.

He was a musician, a shepherd, a lover, and a king. But David was also a prophet, one who pointed to the divinity of Messiah, and whose words Jesus would one day quote with stunning implication.

Now while the Pharisees were gathered together, Jesus asked them this question:  “What do you think of the Messiah? Whose son is he?” They said to him, “The son of David.” He said to them, “How is it then that David by the Spirit calls him Lord, saying,

‘The Lord said to my Lord,
“Sit at my right hand,
until I put your enemies under your feet”’?

“If David thus calls him Lord, how can he be his son?”

No one was able to give him an answer, nor from that day did anyone dare to ask him any more questions.

Every orthodox Jewish scholar interpreted this passage as a reference to the Messiah. Nobody dared to question the accuracy or the authority of the text Jesus had chosen.

There is only one way to become the crown prince: to be born the first son of the king. But how was it that David’s son was actually sitting at God the Father’s right hand, as the crown prince of heaven?

The only way would be if the Messiah was actually God the Father’s begotten son.

The only way that David could call his son Lord would be that as God, Messiah is David’s Lord, and as a man, Messiah is also David’s son.

King David of old had prophetically revealed what Jesus now explained: the deity and the humanity of the Messiah.