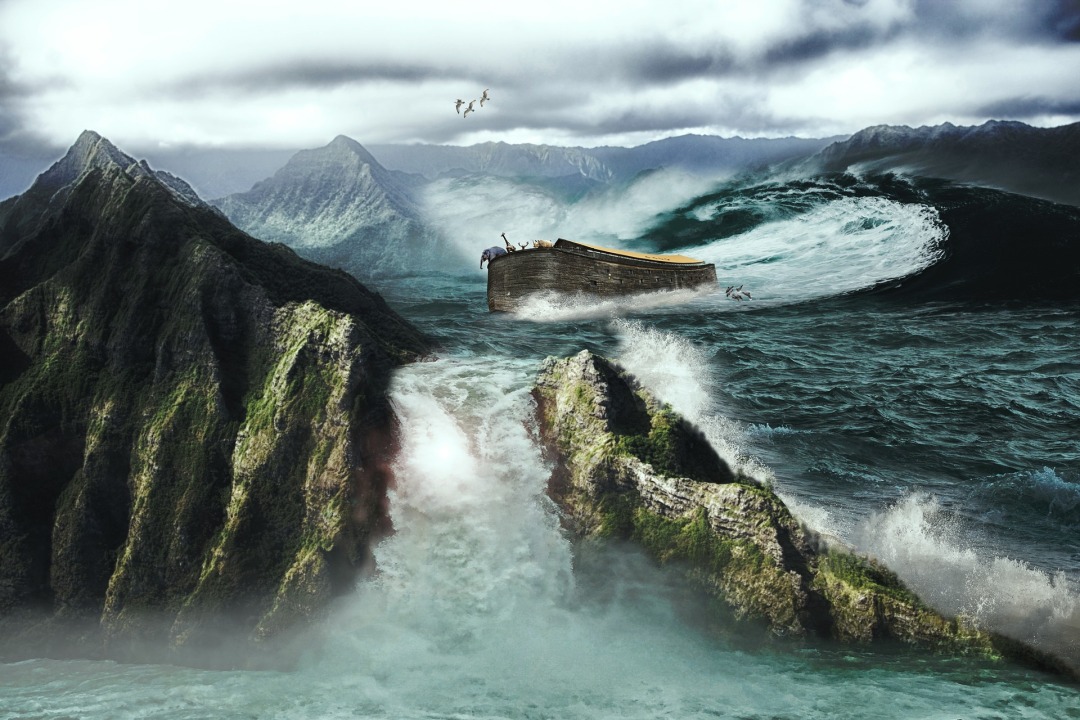 Though judgment is certainly a theme in this event, there is a much greater theme, that of the saving grace of God.

Every single living thing that entered the ark, every person, every creature, went in response to God’s command, willingly, in faith. The burden of decision was God’s, not Noah’s, to close and seal the door. Being sealed in with “atonement” pitch, Noah and his family would be completely safe. The apostle Paul gave the same feeling, the same sense of security, to his readers when he wrote that who belong to Jesus are also sealed by the Holy Spirit, completely safe. God created a barrier between the ones He saved, and the ones who were swept up in His judgment, sparing both the agony of watching the other.

Did the flood cover the entire globe, or was the flood regional, destroying all human settlements and surrounding environments? It was fascinating to explore both possibilities:Those who defend a global flood offer the following reasons:

If the flood was local, God could simply have relocated Noah, and there would have been no reason to save two of every kind of animal.

Those who support a more localized flood point out that

The Bible sometimes uses the word “world” to mean “all of humanity.” Biblical clues to the geographical limits of human habitation can be found in the place-names in the first 9 chapters of Genesis—they’re all in Mesopotamia. It isn’t until chapter 10 that other places beyond the Fertile Crescent are named.

Whether regional or universal, if the Flood is a factual story, then it was a miraculous and supernatural event:

Remember that all the animals came into the ark seemingly willingly, in pairs, as God ordained.

The Flood, in whatever iteration, is a story told round the world. All of humankind seems to have a shared memory of God’s judgment by water. Ancient accounts of a destructive flood can be found in every corner of the planet. Tribes in new Guinea, India, Brazil, China, Norway, Mexico, and even First Nation peoples from North America all have a flood story.

To date, anthropologists have collected between 250 to 300 such flood stories from various cultures.

Some commentators aver the Flood stories scattered throughout the world point to only one family repopulating the earth.

Interestingly, God’s invitation to come into the ark was the last recorded time God spoke to Noah. 371 days passed. Over a year of silence.

Long after the rain had stopped, they were still in the ark, tending the animals, watching their supplies get lower and lower. God had never told Noah what was to come next, after the flood. Chapter 7 concludes with an anxious sense of concern.

Did Noah start to wonder? Did he feel forgotten? Abandoned?

Noah’s Ark Upon the Waters – https://pixabay.com/photos/archenoah-ship-animals-art-flood-3008693/ ]