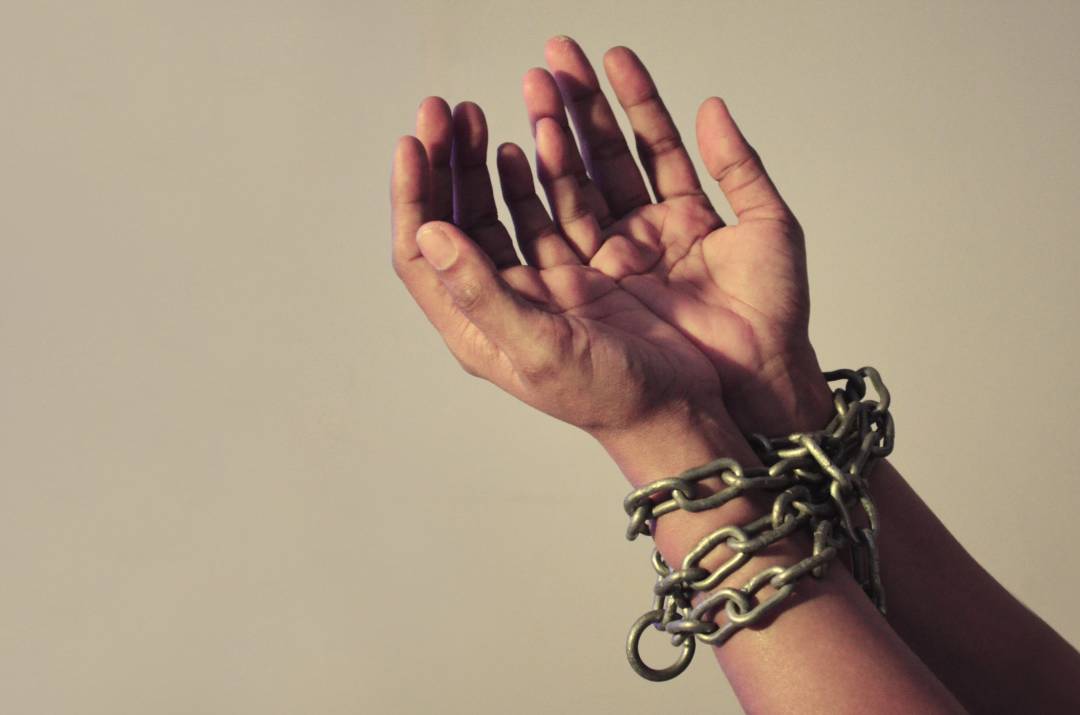 Bloodied and bruised, his robes torn, his hair disheveled, sweaty and aching, Paul shifted his hands and feet, already chafing from the iron fetters wrapped around them. He had to raise both arms, chained as they were, and wave them with large, slow movements, his hands spread palms outward. He extended his feet as far as he could, the chains clinking, then tautening, as he steadied himself to turn towards the soldiers, then back to the rippling crowd before him.

Hot sun blazed against the brilliant white of the temple’s steps and glorious gold-clad walls. The giant bronze doors, thickly and intricately carved, had been clamped shut earlier by the priests when the crowd had dragged Paul out and down. Now the sun’s rays bounced off the gleaming gates behind Paul, creating an aura of light.

Slowly, the crowd quieted, suspicious and circumspect, yet also angrily curious about what the blasphemer might say.

Paul worked his lips together, feeling the dryness in his throat, feeling his tongue stick to his teeth. He could sense the Spirit helping him in his weakness, interceding for him as he sighed a prayer too deep for words. He was reminded of the letter he had sent to his beloved converts in Thessaloniki, years ago now.

“Brothers and sisters,” he had written, “pray for us, so that the word of the Lord may spread rapidly and be glorified everywhere, just as it is among you.” He could feel the tears catch in his throat. Pray, he had written them, pray “that we may be rescued from wicked and evil people; for not all have faith.”

I hope they’re praying for me right now, he thought, then he felt a cool waft of breeze swirl through him. It was the Spirit of Christ, he recognized, the Lord was with him and suddenly he knew what he would say.

Paul addressed the offended men before him as brothers and fathers, members together with him of the tribes of Israel, a kinship that went thousands of years deep. He spoke to them in Hebrew, the language of their forefathers together, the language of the scriptures, of every prayer spoken to God in the temple. And, “When they heard him addressing them in Hebrew, they became even more quiet.”

Paul knew he stood accused before them, so he pled with them to listen to his defense. Then he presented himself to them as one who appreciated, exquisitely, exactly where they were coming from.

God’s light blinded Paul physically as a metaphor of his unenlightened spiritual darkness blinding his mind and soul to the truth about Jesus.

God then restored Paul, giving him inner and outer vision, and through baptism, a new purpose and a new call.

“Then” Paul declared, “Jesus said to me, ‘Go, for I will send you far away to the Gentiles.’”

Up to this point they listened to him, but then they shouted,

“Away with such a fellow from the earth! For he should not be allowed to live,”

… while they were shouting, throwing off their cloaks, and tossing dust into the air

Once again, it looked like Paul was going to be beaten, but this time by the tribune’s soldiers. Tribune Lysius was sure, once he got Paul into the privacy of the Roman temple mount barracks, and had delivered him a good flogging, the full story would be laid bare.

But when they had tied him up with thongs, Paul said to the centurion who was standing by,

“Is it legal for you to flog a Roman citizen who is uncondemned?”

Imagine everything coming to a screeching halt for the second time. Paul was full of surprises, it seems! What followed was a very revealing conversation about the protections the Roman government gave to its citizens.

The centurion brought back a now worried tribune,

The tribune came and asked Paul, “Tell me, are you a Roman citizen?”

The tribune answered, “It cost me a large sum of money to get my citizenship.”

Paul said, “But I was born a citizen.”

Immediately those who were about to examine him drew back from him; and the tribune also was afraid, for he realized that Paul was a Roman citizen and that he had bound him.

The only way for Tribune Lysias to proceed now, was to gather the Sanhedrin together—every last one of them, all the chief priest, every single council member—and, bringing Paul with him, find out exactly what Paul was being accused of.

This would be the beginning of several very high profile trials in which all the leaders of Judea, and eventually the leaders of the Roman empire itself, would hear the gospel in no uncertain terms.