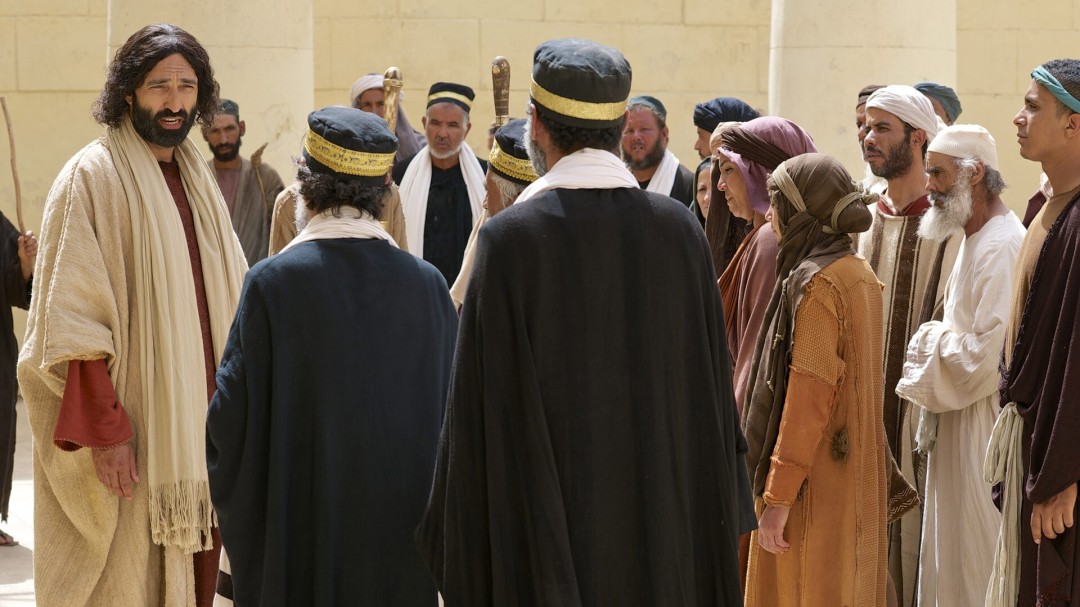 In our day and age of science, we ask: where is the proof?

We rarely simply take someone’s word as evidence enough of a thing being true. My guess is, one of the most robustly traveled websites today is Snopes.com, checking the accuracy and veracity of what others have claimed.

The same largely held true in Jesus’ day as well: in a court of law two (and better, three) witnesses were required to corroborate the truthfulness of the stated testimony.

Because Jesus had made some bold claims about his own identity, authority, mission, and divinity, he put forward five proofs, five witnesses to his claims. We will look at three of them today.

(Again, best practices would be for you to get this passage out for yourself, it is in the last part of John chapter 5, to follow along.) Of course, Jesus was also his own first witness, but courts of law, as well as public opinion, would not be satisfied with that.

If I myself testify concerning myself, my testimony is not true . . .

.. . . because the religious leaders would require at least two witnesses. So, Jesus referred to a witness whom everyone would respect, admire, and believe, and Jesus himself also endorsed, saying, “I discern his testimony concerning me is true.”

At first the Pharisees and scribes had been interested in John. Jesus reminded them of that,

This one was a burning light and one who shines, and you all were pleased to rejoice greatly for a time in his light.

No one argued. Everyone had regarded John the Baptist as a local celebrity.

But Jesus was speaking to them in the past tense. Either by the time he made this speech John had been arrested (and there is no record of anyone among the Sanhedrin, teachers of the law or Pharisees trying to intervene on his behalf). Or—more likely—John’s popularity among the religious authorities had waned because of his own rather vituperous invective against them, earlier in his ministry. John had called them a brood of vipers and accused them of trying to flee God’s coming wrath.

That cannot have gone down well.

The people, however, continued to love John, and this witness to Jesus meant much.

The works the Father had granted Jesus to fulfill would include not only the healings, freeing of demons, and restorations Jesus had already performed. In the events to come, Jesus would feed thousands of people, raise the dead, then rise himself from the dead.

Two witnesses would certainly have been enough, particularly these witnesses of such high caliber.

Nevertheless, other prophets had also performed miracles—Moses, Elijah, Daniel—which though it proved they were sent from God did not establish they were the same as God.

And the Father who sent me, this One has testified concerning me.

The first time I read that I wondered how in the world Jesus would have considered the testimony of a witness no one had heard or seen would carry any weight.

But imagine Jesus once again speaking to a mixed audience. There are Pharisees, maybe some teachers of the law or scribes, maybe a gathered crowd of people from different stations in life, upstanding citizens as well as those on the fringes of society. Imagine men and women, the disciples, at least some of the women who also followed Jesus, a really mixed crowd.

First, John the Baptist, and that gets scowls from the religious authorities, but smiles and even raised hands, or words of approval from others in the crowd.

Then, Jesus presents the signs and wonders he has been regularly performing, and many faces light up with recent joyful memories of healings and freeings.

Jesus, so far, is addressing everyone. But now he pauses. He delivers his third witness, and for some the memory is both powerful and vivid, something they would never forget for the rest of their lives. Many others have heard the story, and they too are deeply impressed. (Both Peter and John would later highlight this testimony early in their preaching.)

As Jesus had come up out of the water, shaking his hair and beard, the Baptist, who at first had been timid, now raising both hands in a gesture of great joy and exultation, the heavens had suddenly torn open and the Holy Spirit, seeming as a dove, had come down and settled upon Jesus while a voice that shook the earth, causing teeth to vibrate, all the hairs on every person to tingle and rise, had spoken, saying,

“You are my Son, the Beloved; with you I am well pleased.”

But the Pharisees’ faces darken. They cross their arms.

They do not buy this story. None of them had witnessed such a spectacle, and they did not believe the stories others had delivered, wild-eyed, in a tumble and rush of words.

As they mutter, Jesus turns to them, perhaps while raising his hand slowly up to the heavens, and says pointedly to them, “You never heard the Father’s voice or beheld the Father’s form.”

It was a double dig.

For, taken at face value, Jesus was also saying they did not know God at all, had never gotten close enough to know at all what God is like.

It is an unsettling scene.

As I study John’s gospel, I keep feeling as though the scientific method of enquiry is not enough to understand spiritual things. Whereas those who are intellectual may well be called to pursue the finer points of systematic theology and to organize the many philosophical strands of a particular doctrine, it is not enough.

Jesus said the religious intellectuals of his day had not actually ever seen God or heard God.

If I had been standing among them (and I would not have been, being a woman, but still, if) I think I would have felt utterly horrified, after dedicating my entire life to the study of the scriptures, to living by every “jot and tittle” of God’s words, as written, if I had so arranged my life so that I would always be about my religion, and then to hear someone tell me I had missed it completely . . .

There is more to this than simply knowing what the scriptures say. One must be open and ready to see and hear God. And Jesus had already established how we may do that, clear back at the very beginning of John’s gospel.

No one has ever beheld God; only-begotten God, he who is in the heart of the Father, this one related-in-full-and-showed-the-way.

[Jesus speaks of his Father | The LUMO Project, http://www.freebibleimages.org]