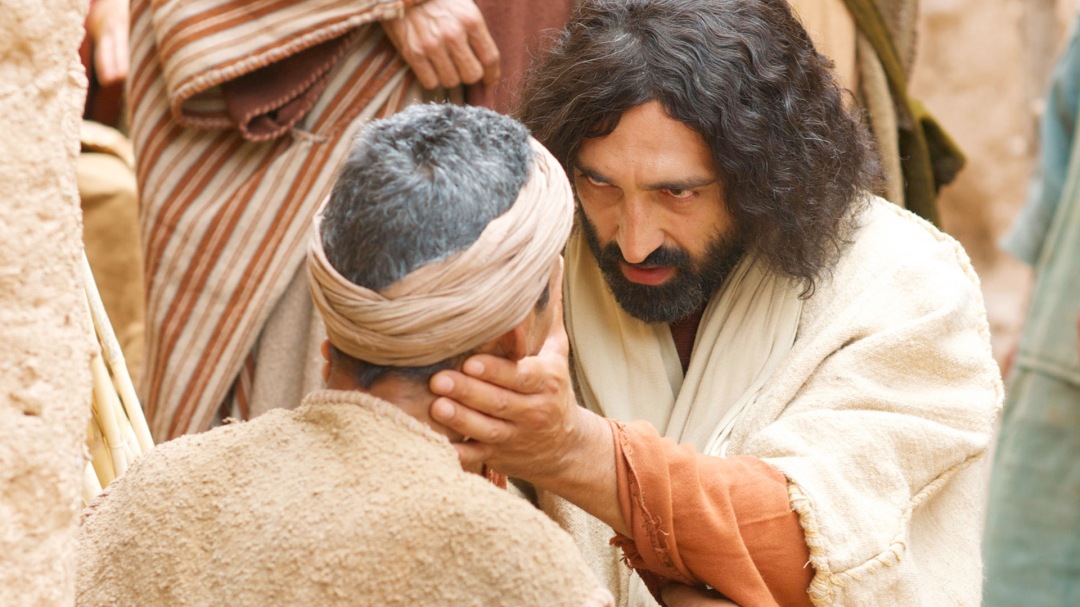 Gospel of John: Pool of Siloam

There were no words in Hebrew for how he sought his bread. It had been the Lord’s will that those in need would be provided for by the Law, so that none should need to seek their bread by sitting in the street, as he did, with hands held up.

But that was when Almighty God was their king, and every family lived in their inheritance upon the land. Now, even in the holy city nestled high on God’s holy mountain . . . even here in sight of the Lord’s magnificent golden house, it was no longer so.

How often had he, with his parents, listened to the indictment against the wicked read from the Psalms. “May his children seek their bread out of desolate places.” And here he was, in a desolate place, the dust of the busy boulevard encircling the temple complex, seeking his bread from the pity of strangers.

Of course, many had been kind, over the years, in their community. They had given his father work, and had helped his mother with her work, for there were things he was not much able to do. He could grind grain, when they had some. He could spin thread. But he could not weave, and his many burns showed how he miscalculated when he tried to retrieve the loaves from the oven.

He could not work as other men did, for he could not see. But he could sit here and ask those bringing their tithes and offerings to the temple to remember the downtrodden and needy. Giving alms would raise them in God Almighty’s favor, they well knew.

He could tell when a Levite or Pharisee was near, for they would allow their coins to fall from a great height onto his spread cloak. As the coins clinked and chinked, they would say a long prayer of thanksgiving to God for providing a way for them to care for those in need. He could smell the incense on the robes of the priests, and feel the swish of their tassels, sometimes, if they came close enough.

Now he listened as men’s voices questioned who had sinned. Did they not see he was right there and could hear them? He felt the old familiar burn of shame and bitterness, seeping from his chest through his arms, up his neck, heating his cheeks. His parents loved the Lord, good, honest, hard-working people who had borne the heavy burden of his blindness with gentle humility. They loved him, too, and never weighted him with their humiliation. But he felt it, nonetheless.

Without warning, one of the men had drawn close and spat right next him. He started back with sudden apprehension. Then he smelled pungent earth mixed with saliva, and felt a warm paste being pressed onto his eyes.

A deep, kind voice filled with both affection and authority spoke close to his face, “Go wash in the Pool of Siloam.” Confused, yet filled with an inexplicable excitement of hope, he fumbled with the coins on his cloak, clumsily scooping them with tremulous hands, so he could rise with all his belongings. Again, kind yet firm hands reached under his elbow and pulled him up as he continued to gather his cloak.

He felt a gentle push towards the Pool. He knew the way, one hand spread in front of him and the other clutching his cloak, for he could hear the water splashing from the living rock, and he could smell its freshness. There were always worshippers gathered there, speaking of it, so he followed the voices, of the faithful and of the living water.

As he neared the Pool of Siloam he could hear fellow mendicants laughing and talking. They hailed him, and he returned their greeting.

“Hey what is with your eyes?” called one out to him.

“I do not know.” He shook his head slowly, so as not to dislodge the mud. “I think a healer has come near me.” He had heard of this from others, healers using their saliva to restore to wholeness.

“I am to wash here at the Pool.” Suddenly, he grinned. “He sent me to the Pool of the Sent!” They chuckled in admiration.

“You believe the healer?”

And now he fell still. Did he? Or would he be exposed the fool for hoping the impossible was possible?

The Lord offers sight that must be received by faith

He slowly came to notice the ever-present wind had begun to pick up, first lifting, then catching his hair. Strands were flying across his face, and he could feel crumbles of drying mud falling across his nose and cheeks. If he did not wash soon, it would all be gone.

He let the wind push him towards the water as he cried, “I believe him!” dropped to his knees and plunged his whole head into the water. He vigorously rubbed his face, then spluttered as he brought his head up, shaking Siloam’s water from his hair, eyes held tightly shut.

He could sense people drawing close to him, surrounding him. He held up a hand that someone might help him to stand. Then he opened his eyes.

“ADONAI-RAPHA, Praise be the God Who heals, ADONAI, ADONAI, Almighty God, God of Majesty! I can SEE!”

And what did the blind man see?

Certainly, he finally was able to gaze upon the gorgeous gleaming temple, soaring above him in all its golden glory. He saw the blazing sun and was able to put sight and the feeling of its heat together. He saw people for the first time, recognizing voices and smells now with faces. He was able to look into the eyes of those who loved him.

But also, those who held him in scorn, a dirty beggar. He would soon learn some of these were neighbors, and those who regularly came to the temple. Following their eyes, he looked down and saw his own beggar’s rags, his worn sandals, the dirt under his nails, his poverty and low estate.

Jesus, with his disciples, had remained in the background, watching all. He had known what would happen next when he made mud with his spit and sent the blind man down to such a public place, so close to the temple, to wash his face.

There would be a bit of a stir.

Sure enough, all the neighbors and locals were astonished. They could hardly believe it!

No one seemed to notice the controversial rabbi sitting across the massive courtyard, on a low bench, surrounded by the inner circle of his twelve proselytes and several of the women who supported him. No one even glanced his way as they made over the now seeing man.

Finally, several neighbors who knew his family well, thrust their arms through his and half marched half gaily danced up the temple steps. They were determined the religious authorities should also marvel over this medical miracle.