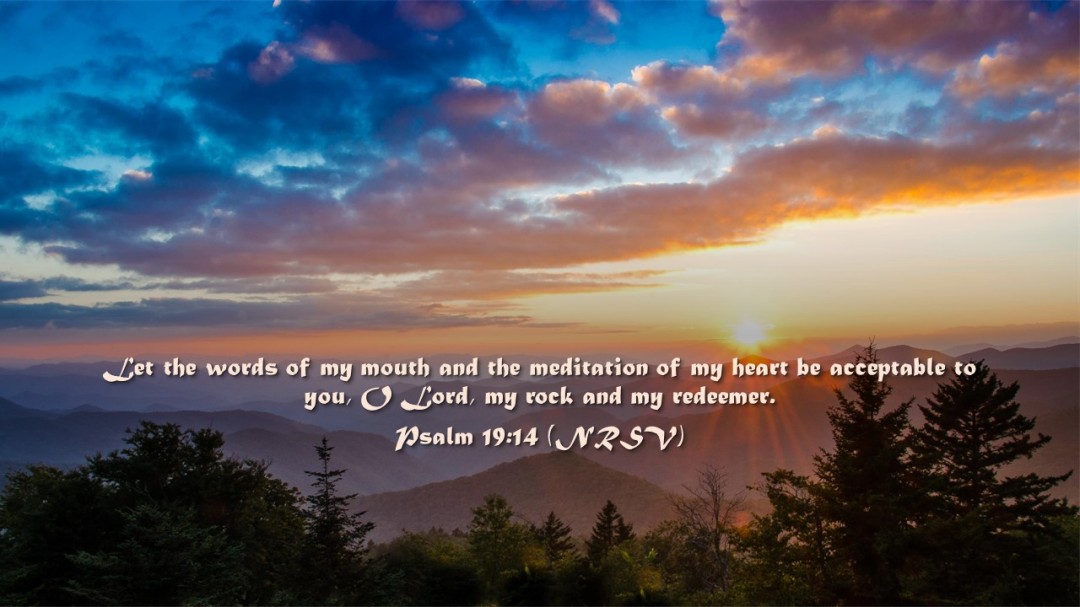 In answer to Thomas’ frank question about not knowing where Jesus was going or how to follow him there, Jesus had given what must have seemed an even more mysterious answer, “I AM the Way, the Truth, and the Life.” What did Jesus mean?

Having had two thousand years to mull it over, we have come to understand Jesus was saying he is

The Way: With and through Jesus is the path that leads to God.

The Truth: Jesus embodies in his person the supreme revelation of God.

The Life: Through Jesus eternal life can be given and received.

Jesus reassured them that knowing him, seeing and perceiving him, was to know, see, and perceive the Father. Jesus seemed to be saying the only way to see God was to look at Jesus, a man standing there in his robe and sandals, saying he was God incarnate.

To this first century audience of devout Hebrews, rooted in monotheism as they understood it, who had been praying the Shema three times a day since they could first form the words . . .

. . . this teaching had nowhere to land within them, even though God’s most ancient name, found in the first chapters of Genesis, is Elohim, a plural word, connoting multiple persons yet one being.

Show Us the Father

The disciples look at each other, already emotionally weary from everything that had transpired since their evening together had begun. They found themselves looking at each other in unhappy confusion. Peter was being uncharacteristically quiet, staring with a dark, clouded expression at his own feet. Thomas had leaned farther back into the shadow cast by those sitting next him. John was watching Jesus, trying to understand the master’s words.

Sir, show us the Father, and we are content.

I imagine, like students in a difficult class, Phillip spoke for them all, though none dared to chime in. So often, they had answered or spoken wrongly, and tonight their rabbi seemed to have done nothing but correct them, one by one.

Jesus was giving them teaching that must have made the ground seem to shift underneath them. Phillip may, or may not, have been tracking with what Jesus was implying—that literally looking at and seeing Jesus was to literally see and perceive the Father, which is to say, Almighty God.

Phillip most likely did not expect his question to prompt the length of teaching Jesus launched into!

Am I with you all so long a time, and you have not known and understood me, Phillip?

Do you all not believe that I am in the Father and the Father is in me? The words that I speak to you I do not say from myself, but the Father who abides in me does his works.

Believe me that I [am] in the Father and the Father [is] in me, but if not, believe through these works.

Jesus first to Phillip, then to everyone there, John 14:9-11

It is impossible for me to read these words without hearing hurt in Jesus’ voice. For three years, they had listened to his teaching, seen the works the Father did through him, heard his pointed in admonition reproach of those in religious power. They had been with him when no one else was looking, seen him in every possible situation, and never do or say wrong. They had even, at times, openly declared him as Lord and Messiah.

How could they now not understand what they had been seeing?

Jesus moved from placing their faith in the wondrous signs they had seen Jesus do, to the even greater works those who put their faith in Jesus would do, once he went to the Father.

At least this saying put them on solid ground.

The Synoptic Gospels record how Jesus had already sent the Twelve out (yes, including Judas the Iscariot), two by two, to preach the good news of God’s kingdom, and to authenticate that news with power through healing and casting out demons.

Then Jesus called the twelve together and gave them power and authority over all demons and to cure diseases, and he sent them out to proclaim the kingdom of God and to heal.

Jesus had also sent out seventy of his disciples, those women and men devoted to him in faith who were numbered now among the 120.

After this the Lord appointed seventy others and sent them on ahead of him in pairs to every town and place where he himself intended to go.

They had returned from those expeditions full of excited news and tales of great glory.

The seventy returned with joy, saying, “Lord, in your name even the demons submit to us!” He said to them, “I watched Satan fall from heaven like a flash of lightning.  See, I have given you authority to tread on snakes and scorpions, and over all the power of the enemy; and nothing will hurt you.

So they went out and proclaimed that all should repent. They cast out many demons, and anointed with oil many who were sick and cured them . . .

. . . The apostles gathered around Jesus, and told him all that they had done and taught.

In this way, Jesus explained, his going away would really be for their good. While Jesus was with them, he had human limitations, working in one geographical area, with only the little time given him. But when Jesus returned to heaven, he would be able to empower his followers, everyone who put their faith in him, so their works would have greater spiritual dimension.

The first literal fulfillment of this promise came when Peter preached his first sermon and three thousand people became believers in one day. The church burst out from 120 devoted followers to 3,120 passionate, Spirit-filled converts.

Jesus now promised them he would do whatever they asked in his name, for in this way the Father would be glorified in the Son. Then, he repeated for emphasis,

Whatever you ask me in my name I will do.

It was an important codicil, a crucial one, in fact.

In antiquity, the true name of something—or more importantly, in this case, someone—held the tincture of that one, the very essence of their being, the power of that thing, or person.

For many Christians, it comes without thinking, to say, “In Jesus’ Name, Amen,” as though these four words are an incantation that must certify the prayer. This habit is so ingrained, it feels as though without them, the prayer will not have efficacy, and with them, the prayer seems golden, it is official, it is a real prayer.

But to say Jesus’ name, and “Amen,” at the end of a prayer that is not aligned with Jesus’ character and will is to not pray in Jesus’ name.

It seems to me, before we pray for the empowerment and petitions Jesus spoke of, it would be good for us to pray, with the Psalmist,

Let the words of my mouth and the meditation of my heart be acceptable to you, O Lord, my rock and my redeemer.

Take delight in the Lord, and he will give you the desires of your heart.