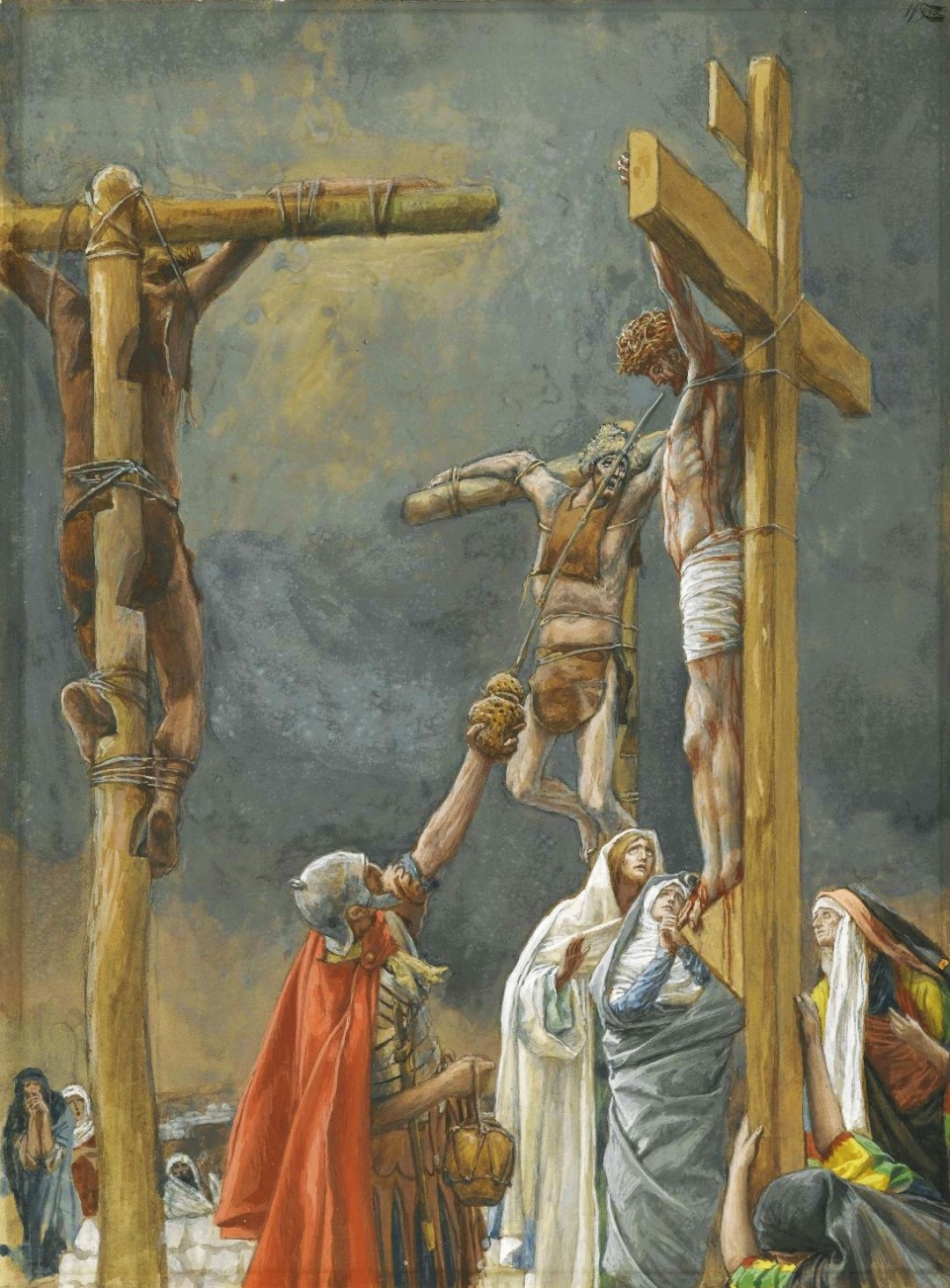 Gospel of John: King of the Judeans

According to Jo-Ann A. Brant, Jesus’s crucifixion and burial are described in seven movements, in John’s gospel.

I will still include the other gospels, but now move more into teaching, as there are many layers here.

[This might be a hard read, for it is ghastly. If violence is a trigger, please skip to the scripture passages]

And so they continued, from Jerusalem through the gate, past the city’s wall, and then came to a place called the skull, which is called in Hebrew (or Aramaic), “Golgotha.” It was not necessary to say what being crucified entailed, for this gruesome practice was well-known among the subjugated peoples of the Roman Empire.

You and I today also know how great iron spikes were driven into the hands and feet of Jesus, how ropes were looped around the top of the cross, and the soldiers leaned their shoulders into that taut rope to pull the creaking wooden pole to an upright position.

You and I know there were groans and shrieks of pain, the suffering moved to an impossible pitch. There was the sound of gasping and retching victims, the heaving sobs of those watching, the grunts of the soldiers at their work, the ring of hammer against metal, the ropes pulling on the wood, the dirt and stones scraped apart, the thud of the cross as it landed in the hole dug for it, the wooden pegs pounded into place to hold the cross upright.

John was there for it all, with the mother of Jesus and Mary of Magdala. All four gospels record how those close to Jesus were gathered to be there with him, most stood afar off but still within his eyesight, that he might not die alone.

Many women were there, watching from a distance. They had followed Jesus from Galilee to care for his needs. Among them were Mary Magdalene, Mary the mother of James and Joseph, and the mother of Zebedee’s sons.

Some women were watching from a distance. Among them were Mary Magdalene, Mary the mother of James the younger and of Joseph, and Salome.  In Galilee these women had followed him and cared for his needs. Many other women who had come up with him to Jerusalem were also there.

All those who knew him, including the women who had followed him from Galilee, stood at a distance, watching these things.

So, they had placed themselves before the cross of Jesus, the mother of him and the sister of his mother, Mary she of Clopas and Mary the Magdalene.

There were two others crucified with Jesus, one on his right, and one on his left, as all four Gospels describe. Remember when James and John asked for those places of honor? Remember how Jesus answered?

James and John, the sons of Zebedee, came forward to him and said to him, “Teacher, we want you to do for us whatever we ask of you.”

And he said to them, “What is it you want me to do for you?”

And they said to him, “Grant us to sit, one at your right hand and one at your left, in your glory.”

But Jesus said to them, “You do not know what you are asking. Are you able to drink the cup that I drink, or be baptized with the baptism that I am baptized with?”

They replied, “We are able.”

Then Jesus said to them, “The cup that I drink you will drink; and with the baptism with which I am baptized, you will be baptized; but to sit at my right hand or at my left is not mine to grant, but it is for those for whom it has been prepared.”

Matthew added that their mother had come with them, and had even initiated their request.

They could not have known that Jesus would come into his glory nailed to a cross.

They could not have known the cup Jesus was to drink of was the wrath of God, or that the baptism would be first into death, before he would rise up to new life.

They could not have known that indeed, they -would- drink of this cup, for James would be the first to die, a martyr. And John would be the last to die, exiled to an island, and in the end exiled by having been left bereft of all the others who had shared those years with him by the Lord’s side. He lived a long time alone.

It is from Mark’s gospel we learn that Jesus was offered wine mixed with myrrh, a pain reliever so effective it was not replaced until the nineteenth century with the discovery of morphine. Jesus refused it, for to have accepted comfort and reprieve would have prevented him from drinking the cup given him to its dregs. And it would have dulled the very faculty he required to finish the work. His was an exquisite sensitivity to being fully present on the earth as a human being, dying the death of the sacrificial lamb for the sins of the world. Finally, he would lose the capacity to be intentional were his senses drugged.

And so he suffered, as did his mother, and his friends. They ached with his agony. Perhaps having wept away all the tears they had in them, they now stood as shells of themselves, their insides hollowed out, only the numbness of grief and horror left. The disciples, the women who had financed Jesus’s ministry and had traveled with him to minister to his needs, they had invested their whole lives in his.

They were young! Some still in their teens, as was young John. But their lives were over. Without myrrh to help them either, their lives were also dying with every ragged breath Jesus drew in, and forced out, struggling against the press of his body, slowly suffocating.

Jesus of Nazareth, King of the Judeans

Caiaphas had come himself, as had Annas, for the reports from their representatives had so disturbed them, they had to see for themselves. It could not be possible!

Many of the priests and Pharisees, teachers of the law and scribes had already come to observe, including those who had been sent on ahead to make sure Jesus had been hung to die. All of them had read the placard Pilate had himself commissioned, had in fact written himself first in Latin.

When John had read it, his heart had swelled, for it was true, Jesus the Nazarene, the King of the Judeans. Latin, Greek, Hebrew, every person who had traveled in from the widespread Diaspora, who had come to celebrate Passover, would read these words and know. Here the King of the Judeans would be slain, in his own realm. No one thought much of Nazareth, but it was there God had hidden the King of all kings. Now he would perish.

Gasping, sweating, flustered, Caiaphas and Annas had made their way back to the temple mount and went pounding to Fort Antonia, demanding Pilate show himself. Do not write ‘The King of the Jews,’ shrilled Annas, his voice hoarse as he—his torn garments now limp and stained by his march to and from the cross—swung his arm wildly towards the execution beyond Jerusalem’s wall. Then Caiaphas spoke, But rather, and held up his hands to his father-in-law so as not to be interrupted, That this one -said- ‘I am King of the Jews.’

Annas’s mottled face squeezed into a grimace, about to break forth in fresh expostulation, but finally he gave a curt nod.

Pilate scrutinized them both with icy disdain. What I have written I have written. The word he chose was the word they used often in reference to the very written words of scripture. The sacred writings. Then, with a flick of his hand, a swirl of his magnificent robe, and the procurator was striding back through the entrance of his palace.

They had been summarily dismissed.

Caiaphas’s mouth fell open, and a strangled sound escaped Annas’s clenched teeth. Pilate would liken his word to the very word of the Almighty!

But indeed, it was.