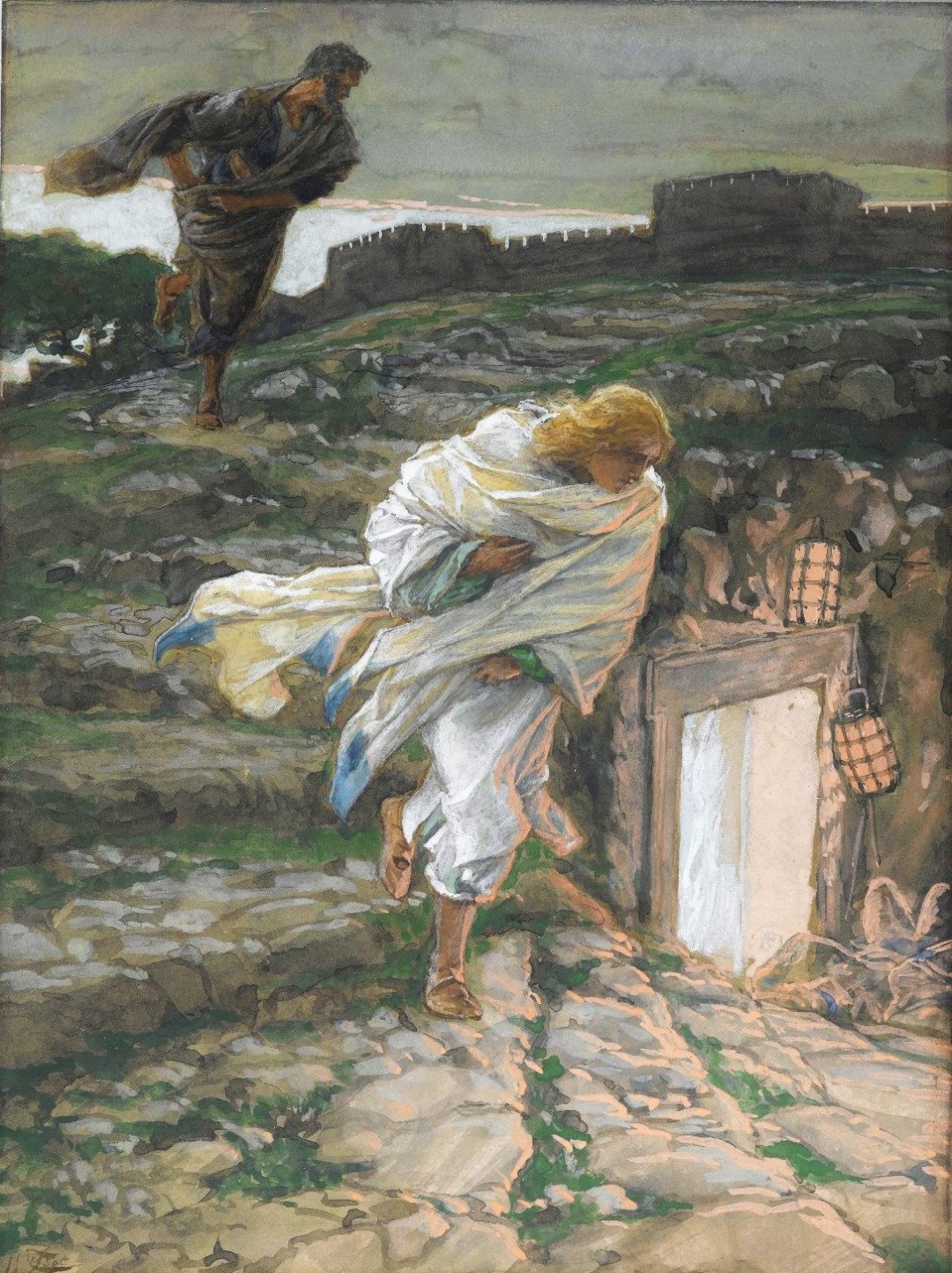 Gospel of John: Weighing the Evidence

I Love a Good Mystery

Especially when interesting forensics are involved. But often, in real court cases, eyewitness testimony is the deciding factor in finding out the truth.

This week, we are going to consider whether the testimony put before us, by eyewitnesses, is the truth. Did Jesus in fact die on a cross, and was he raised to life again? These accounts of the resurrection, preserved for us in the Bible, were originally delivered by eyewitnesses. We have today several copies of almost the original manuscripts. As far as forensics are concerned, this is the best archeology can offer. These testimonies, considering how important they were, can be trusted as having come down to us today uncorrupted.

Each of the four accounts—the four gospels—are different from each other, containing details unique to that gospel. Partial reports are not discrepancies, but merely different recollections of the same event. Some of the events and details impressed one gospel narrative more than other, and each gospel account takes in the crucifixion from a slightly different vantage, yet each relates its version with the specific intention of documenting Jesus’s physical death.

Slight variations among eyewitness accounts actually add credibility to their stories, since clearly these stories were not rehearsed, they come unvarnished, straight from memory to paper.

Because the resurrection is true, the certainty of Jesus’s bodily resurrection gives you and me hope for our own future resurrection, and also power and purpose for today.

None of the disciples were expecting a resurrection, especially a literal physical resurrection. But the Sanhedrin did. (We will get to that later.)

Matthew reports that armed soldiers were sent to guard the tomb around the clock. Before dawn on the first day of the week there was another big earthquake concurrent with a bizarre occurrence at the garden tomb. It seems the soldiers were literally flattened by the sight of two blazing angels, who had come to roll back the stone sealing the tomb entrance. The stone and seal had become superfluous, for the tomb itself was emptied of its contents. Jesus was already gone.

The women who had followed Jesus from Galilee, and had been caring for his needs while underwriting his ministry, had in the meantime collected the ointments, perfumes, and spices to complete the burial ritual. However, because of the Passover and the Sabbath, they had been prevented for two days from going to Jesus’s tomb. As soon as the sun had truly dawned, marking the end of the Sabbath and the first day of the week, they had purposed to have a proper funeral for the slain Master.

Perhaps it was the predawn temblor that had awakened them. They would have arisen not long after that, anyway, but it seems Mary of Magdala could no longer wait. She took her things and left while it was still dark, to go to where Jesus had been interred.

Imagine these movements of people back and forth between the garden tomb nestled at the foot of Golgotha, and Jerusalem.

His Body is Gone!

Mary appears to have arrived first to the scene.

So, the first day after the Sabbath, Mary of Magdala went early in the darkness. After being to the tomb, she sees the stone having been taken away from the tomb. So she ran and came to Simon Peter and to the other disciple who was loved of Jesus, and said to them, “They took away the lord out of the tomb and we do not know where they have taken him.”

Notice that John did not refer to this as the third day after Jesus’s crucifixion, but rather the first day of the week. Later on this same day, all but Thomas would gather together to talk about what was going on. The following week they also met on the first day. Through the book of Acts, this pattern emerges of the believers gathering to meet together on what they called the Lord’s Day, or Resurrection Day. This custom began the day of Jesus’s resurrection.

As Mary Magdalene ran to tell Peter and John, the other women had begun their walk to the tomb, and by now were talking with the angels. Peter and John must have passed them by just as they were leaving the tomb to return to where the disciples were gathering.

And so then also came Simon Peter, following after him, and he entered into the tomb, and beholds the linens outstretched. And the napkin that was around his head was not with the outstretched linens, but rather separate, wrapped together in one place.

Some feel the head cloth was left exactly as it had been wrapped around Jesus’s head, others think Jesus folded it. But the point is that it was an orderly scene, no disarray or sign of grave robbers. It was highly unlikely Jesus’s body had been so carefully unwrapped by the owners of the garden, or some other authority, before being moved to a new location.

In fact, Jesus’s body had passed through the grave clothes, a physical resurrection, but in a body with different properties than an ordinary mortal body.

A Glimmer of Understanding

These two men witnessed the fact that Jesus’s body was gone.

So then the other disciple also entered, who had arrived first to the tomb, saw and perceived, and believed. For as yet never before had they perceived the [sacred] writing that he was bound to be raised up out of death. So the disciples again went to their [home].

In a sense, John not only physically arrived first to the scene, he also spiritually arrived first. The word John used for “he saw” is ὁράω, horao, and it carries a meaning that goes deeper than just seeing with his eyes. It means perceiving something, to see with the mind, to discern.

Peter was the first one in there, Peter’s eyes saw everything John’s eyes saw. But as John contemplated the grave cloths still in their folded state, as though the body had simply evaporated, something clicked inside and he believed. John did not realize the spiritual implications, he still did not understand how the prophecies in scripture fit together with what had just happened.

God provides evidence for each step of belief

It brings to mind how deeply—or not very deeply—we see. Being spiritually attuned, being observant, listening for God’s voice, looking for God’s hand at work, being intentional in how we process what is happening all around us. Peter and John saw the same things when they arrived at the tomb. Both were disciples, both had heard all the same things from Jesus, both had had moments of real clarity in their spiritual vision.

But as both men surveyed the scene, Peter rushing in, John taking time to really look and think, only one of them believed.

What evidence has God given you or me for our next step of belief? Have we taken time to review the evidence and really think about it? John allowed that evidence to work on his heart. May you and I do the same, allowing the evidence God is showing us to bring us to understanding.