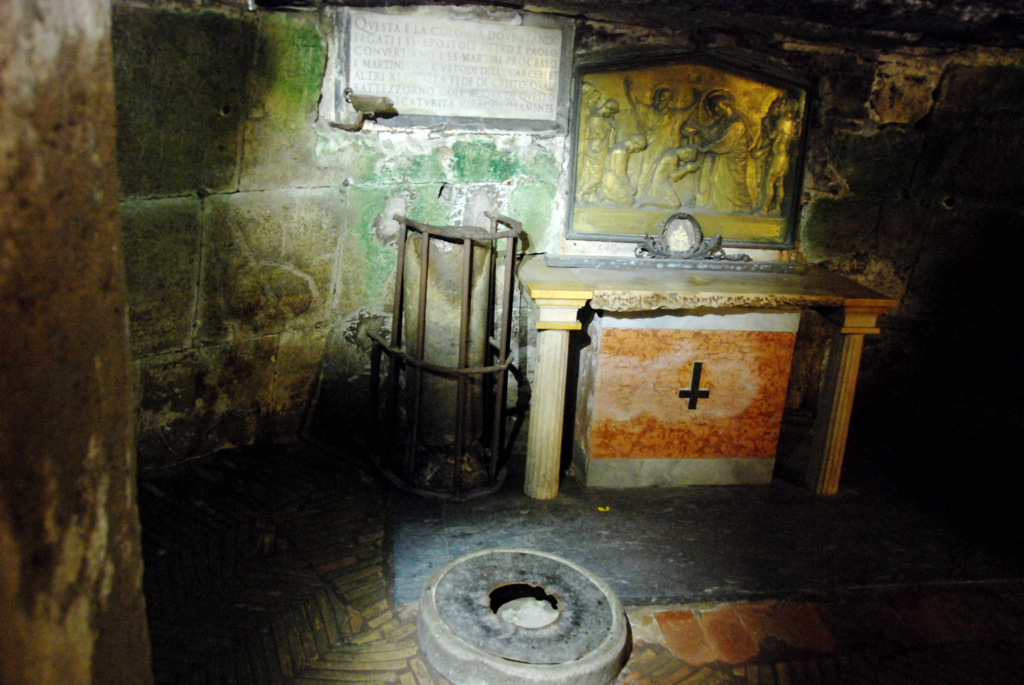 Writing from his prison cell, Peter deeply empathized with the believers spread throughout the Jewish Diaspora, for he, too, was exiled from his home, he was also enduring abuse, persecution, and the prospect of a grim execution. He understood what it meant to live out an authentic faith, a transformed life, in the public and hostile gaze of an unbelieving world.

The ink in his quill was metaphorically drawn from his own suffering and sacrifice.

Therefore, first Peter wrote of the practical, daily ways believers can live the Word, and now Peter would write about how to suffer well, to suffer nobly in the power of the Spirit of Christ, taking the example of Christ, and in a very real way, experiencing Christ’s own life.

In the world, Jesus had told his disciples, you face persecution. But take courage; I have conquered the world!

There are many reasons why God allows suffering. Here are just a few thoughts, inspired by Luis Palau’s book, “Where Is God When Bad Things Happen?”

1. Accidents, calamities, and tragedies are an unavoidable part of the life of imperfect people living in an imperfect world.

2. You and I suffer when we make poor choices and wrong decisions—whether in ignorance, lack of wisdom, impulse, poor guidance and counsel, or some other reason, the result involves suffering.

3. Suffering also comes from the deliberate rejection of God’s ways and word. Believers and nonbelievers alike are capable of intentionally, mindfully determining to go against God in a matter.

4. Sometimes it is someone else close to us who has rebelled against God’s ways and God’s word. You and I suffer the consequences too, from sharing life with that person (or persons).

5. There are times, as in Job’s case, when our suffering stems from God’s cosmic and eternal objectives.

6. On occasion, God is bringing discipline into our lives that will conform our character to Christ, bring our personality to maturity, deepen our wisdom and compassion, enable us to fully fulfill our design and purpose, and exercise our spiritual gifts and innate talents. Discipline involves suffering, but it is being worked together for our good.

7. And there are circumstances in which God could be protecting you and me from something even worse down the road.

Even though there was much to be afraid of!

Peter understood—he was living it!—how deep the dread of persecution could go, how it could undermine courage, rob joy, weaken resolve, and heighten both hypervigilance in constantly looking over one’s shoulder, and furtive fear. Already being cast out of synagogues, barred from all fellowship with those of their heritage and Jewish faith, and now under the greater scrutiny of governing officials for their refusal in worshiping Caesar, being a Christian in the first-century GrecoRoman world was fraught.

Peter wanted both to reassure these quaking Christians and infuse them with courage.

So, who is the one who will be injuring you, Peter asked them, if you are eagerly desirous of becoming the good? [or bringing about the good]. Again, both Peter and Paul taught from the same perspective in this. Paul also wrote,

Rulers are not a terror to good conduct, but to bad. Do you wish to have no fear of the authority? Then do what is good, and you will receive its approval; for it is God’s servant for your good.

Nevertheless, Peter acknowledged that unjust and unfair harm could still come to them. In that event,

Even if you -do- suffer for doing what is right, you are blessed. Do not fear what they fear, and do not be intimidated, but in your hearts sanctify Christ as Lord.

Peter had first pointed his readers back to the example of Sarah, and his encouragement of Christian wives married to unbelieving husbands, writing,

You have become her daughters as long as you do what is good and never let fears alarm you.

Now Peter also pointed to another scripture, an exhortation written by the Prophet Isaiah,

Do not call conspiracy all that this people calls conspiracy, and do not fear what it fears, or be in dread.

But the Lord of hosts, [God] you shall regard as holy; let [God] be your fear, and let [God] be your dread. [God] will become a sanctuary, a stone one strikes against; for both houses of Israel [God] will become a rock one stumbles over—a trap and a snare for the inhabitants of Jerusalem. And many among them shall stumble; they shall fall and be broken; they shall be snared and taken.

Are you seeing how this is all tying together?

Peter was reminding the faithful of the magnificent and glorious holy habitation of God they were an integral part of as living stones hewn from the living God, squared on the Cornerstone of Christ, held together by the Capstone of Christ.

This is the right perspective, the heavenly point of view, the vantage of eternity. It is going to get rough at the ground level, it is going to hurt, many will be terribly harmed. It will not be fair, it will not be just, it will not be deserved. But do not fear their intimidation. Instead, allow the energy of that fear to fuel reverence for the Living and Almighty God in whom every believer is built up and serves.

Peter knew that after such a rousing call to strength and bravery, the next question might be, “how do I face it, though?”

Always be ready to make your defense to anyone who demands from you an accounting for the hope that is in you; yet do it with gentleness and reverence. Keep your conscience clear, so that, when you are maligned, those who abuse you for your good conduct in Christ may be put to shame. For it is better to suffer for doing good, if suffering should be God’s will, than to suffer for doing evil. For Christ also suffered for sins once for all, the righteous for the unrighteous, in order to bring you to God.

There is also, Peter was intimating, a redemptive quality about suffering for the good, for doing good, for goodness’s sake, as unto the Lord, who intimately knows what this suffering is like, and what it entails.

[Mamertine prison: The place where St. Peter is said to have been imprisoned. | scottgunn, flickr, (CC BY-NC 2.0)]