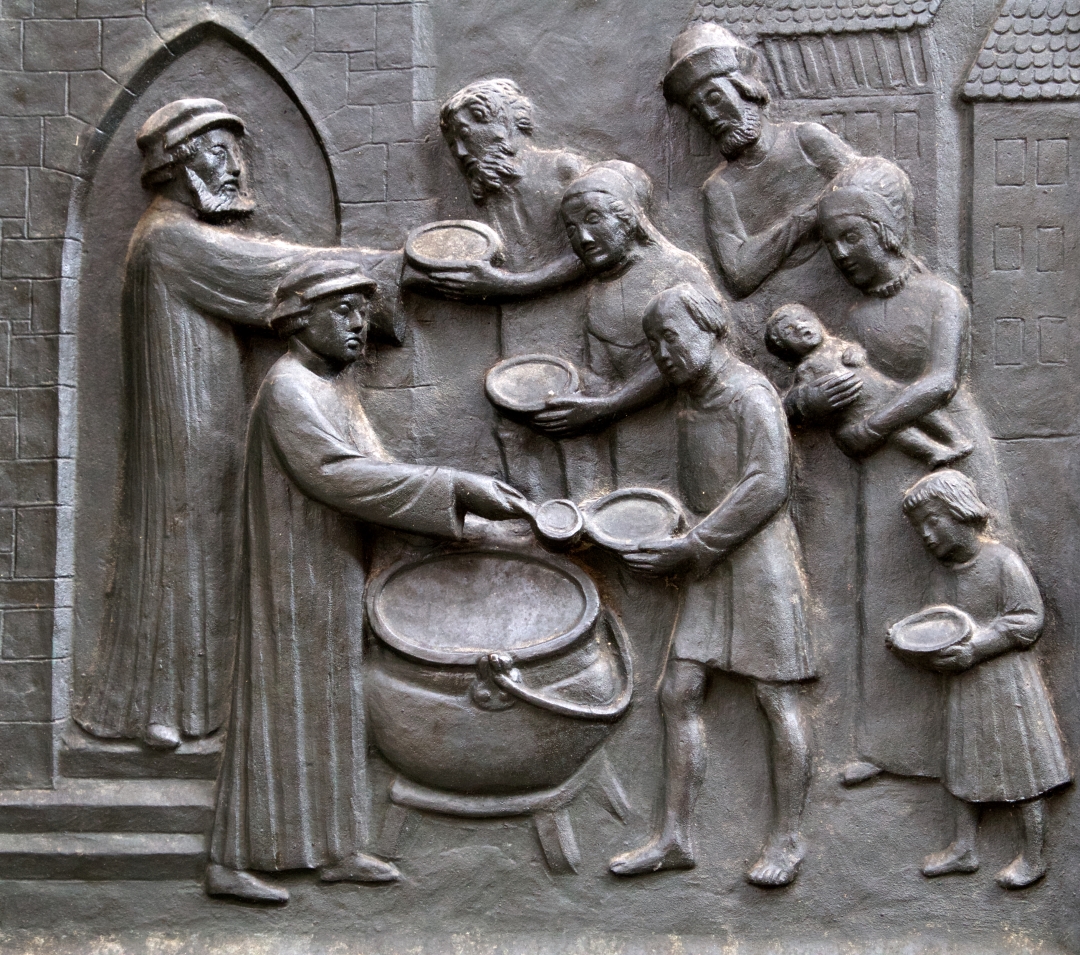 James: The Polyvalence of Belief

The first way is through one’s response to external testing in trials, outlined in James 1:2-12.

The second way is through one’s response to the internal testing of temptation, seen in James 1:13-15.

The third way is by believing the word of God, in faith and expressing God’s word in actions, explained in James 1:16-2:13

James taught on the costliness of authentic faith, a matter of more than hearing or even understanding, but rather also of living out the words of God.

What Is Genuine, Living Faith?

What is the profit, my brothers, if someone claims to have faith but does not have works? The faith is not able to save him, is it?

The key word in this verse is claims. People with a dead faith substitute words for deeds. If a person claims they believe airplane travel is safe, but then refuses to prove it by flying, that is real evidence this person does not actually believe airplanes are safe. Simply saying the words “I have faith” has no actual power in them. I could insist that I am the President of the United States. But my claims will not go unchallenged!

As his illustration, James portrayed someone in real need.

If brother or sister are naked and lacking daily food and one of you says to them “Go in peace; be warmed and filled”, but you do not give them the necessities of the body, what is the profit?

James’ proposition centers on the content of Christian belief. If we really believe what the Lord teaches about God’s love and care, then living faith will be expressed by deeds of practical mercy. Let us pretend a neighbor shows up at the door and says, “We have run out of food. We both lost our jobs and are new to the area. We do not know who to turn to, so we have begun to knock on doors.”

If you or I were to say, “Go in peace, be warmed and filled, God loves you,” and send them away, when we have a whole refrigerator filled with food, or we know where the closest community pantry is, or we at least know how to get this person help . . . what would we really be saying about God? Or about God’s people?

I doubt any one of us would ever really do that, but there are so many other ways you and I could be caring for people that we just do not do. Reading James’ illustration prompted me to ask myself in what practical ways could I be sharing the wealth God has given me?

Recently, a representative came to our church to tell us about a local community ministry that gives practical aid to those in need around us. Bringing a meal, offering a ride, doing an errand such as grocery shopping, or even offering to bring a free bag of groceries. Bake a cake, mow the lawn and clip the hedges, do a load of laundry, so many simple things any ordinary person can do for someone who is in need. The representative ended his presentation with an axiom I will not soon forget.

I think James would have agreed.

In this manner also faith, if it does not have works, is dead by itself.

Any declaration of faith that does not result in a changed life and good works, is not genuine, living faith.

It feels like an overstatement, does it not? It feels like it could not be true. What is a changed life, we might ask (in fear and trembling)? How many good works? What good works? What if I have lapsed into my old way of life? What if I am colossally selfish for a while? Will I then not be saved? If I really believe what I say, but I am very bad at living it out (I have reasons), does that mean that my experience of belief is illusory?

I am probably missing some of the categories of resistance to this verse, those are just what come to my own mind. The bottom line is that this section of James’ letter has stirred up quite the controversy among theologians. For centuries! So, we tread carefully.

James was using both a rhetorical device and microscope.

His rhetorical device was quite common in his day: state an impossible nth degree to vividly depict the point. Hyperbole. Other Christian Testament writers also used rhetoric (notably Apostle Paul) in making their truth statements. James was holding up the mirror of God’s righteousness and holiness in exhorting his readers. You say you have put your faith in Christ, James was saying, which means you have the Spirit of Christ. Do you act that way? Do you look that way? If you do not, why not?

Which leads to James’ microscope—the same microscope all the other Christian Testament writers used—to see what faith is. And here is where understanding Greek becomes essential.

I turned for help to Nijay K. Gupta’s seminal work, Paul and the Language of Faith.

His Greek scholarship, sensitive reading of the New Testament, and groundbreaking insights into the language and nuance of the word πίστις | belief/faith have been key in understanding the book of James.

I learned from Dr. Gupta that the Greek word πίστις | belief/faith is polyvalent, which means, having many different functions, forms, or facets. It does not simply mean intellectual assent, or even emotional investment. It includes those things, it includes the action of the will, but it also includes trust, endurance, loyalty, and obedience as its meanings.

Now, it would be arguably cumbersome to include all those words every time πιστις | belief/faith shows up in the Bible, or even (let us say, since the Hebrew scriptures were written in Hebrew and Aramaic, and therefore have other nuances to their words) only the Christian Testament, which was written in Greek.

But, in order to understand everything the writers of scripture were meaning, we almost would have to.

One of the scholars Dr. Gupta quoted, early in his book, was Luke Timothy Johnson, who explained, “πιστις involves a ‘response of the whole person.’”[1]

Once we perceive the true meaning of what the Christian Testament writers intended by this polyvalent word for belief and faith, we understand the point James sought to make.

Just as breathing is a sign of life, so a changed life that includes good works is a sign of faith in Christ.

Look back, now, to those favorite passages that include the word translated as some form of belief or faith, and see how understanding that passage is transformed with this new understanding.

Because to you was granted the thing for Christ’s sake— not only the believing in Him, but also the suffering for His sake,

Everyone believing that Jesus is the Christ has been born from God.

the believers through Him in God—the One having raised Him from the dead and having given Him glory—so that your faith and hope are in God.

Having purified your souls in obedience of the truth for a sincere brotherly-love—love one another fervently from a pure heart,

But someone will say “You have faith, and I have works”. Show me your faith without the works, and I will show you the faith by my works.