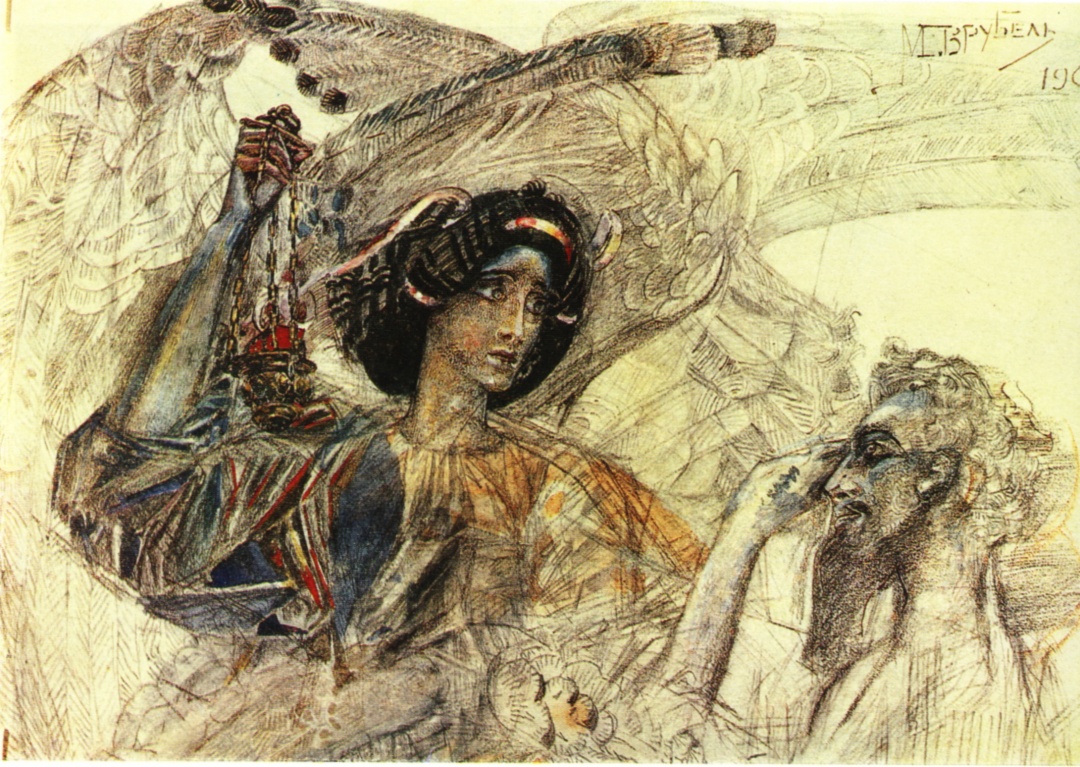 Overwhelmed by the glorious vision of Almighty God seated upon the throne of heaven, overcome by the fragrant spices of the incense burner, and undone by his own sinfulness, Isaiah cried out in despair. But God was already sending the seraphim to Isaiah with a coal from the altar to symbolically cleanse him, saying,

“Now that this has touched your lips, your guilt has departed and your sin is blotted out.”

Prepared for the Call

Though Isaiah was a believer, and even a priest, he had not yet been sanctified to receive God’s call. But now, having been cleansed and consecrated, Isaiah was ready. Isaiah’s call was initiated by God by presenting a need

Then I heard the voice of the Lord saying, “Whom shall I send, and who will go for us?”

Isaiah, having seen the Lord Jesus and received His forgiveness, was flooded with love and gratitude.

Isaiah was committed to doing whatever God wanted him to do.

That is the prerequisite for receiving God’s direction and guidance. It seems God will not give direction until we are ready to receive it. When you and I are ready, God will show us.

Many years ago, as a young woman, I was asked to consider a leadership role in an international ministry, and without inquiring of God, I simply said “no.” I had a one-year-old and was pregnant with my second child, somewhat unexpectedly. Then, in a nearly unbelievable set of circumstances, I found myself (against all odds, trust me on this) pregnant with a third, when I was again asked to consider leadership.

This time, I decided to inquire of God.

Thankfully, a wise mentor gave me four guiding principles to help me discern what God might have in mind for me. She said,

God is able to navigate that maze far better than even you and I are, for God knows us better than we know ourselves. God knows who each of us is, and is conforming us at our own pace.

God knows how to communicate with each of us in ways we will recognize and understand.

You and I can rest assured we will be able to know when a call is coming from God.

But—and this is a big one—we must begin with a willingness to hear God and to receive what the Lord has to say.

God did not call on Isaiah until Isaiah grasped the holiness of God, his own sinfulness, and had received God’s atonement. Out of the overflow of his heart, Isaiah was willing to do whatever God wanted of him, he was willing to hear and receive.

Difficulty of the Call

And then the Lord told Isaiah how hard his mission would be, how unrewarding and frustrating.

A shock to read?

But this very passage is repeated numerous times throughout Isaiah’s book as well as by all four Gospel writers and the Apostle Paul.

Those Who Have Receive More

Then the disciples came and asked him, “Why do you speak to them in parables?”

He answered, “To you it has been given to know the secrets of the kingdom of heaven, but to them it has not been given.

The reason I speak to them in parables is that ‘seeing they do not perceive, and hearing they do not listen, nor do they understand.’ With them indeed is fulfilled the prophecy of Isaiah.

Those Who Believe Understand

When he was alone, those who were around him along with the twelve asked him about the parables.  And he said to them, “To you has been given the secret of the kingdom of God, but for those outside everything comes in parables,  in order that

‘they may indeed look but not perceive,
and may indeed hear but not understand;
so that they may not turn again and be forgiven.’ ”

Those Who Heed Have Heard

As he said this, he called out, “If you have ears to hear, then hear!”

Then his disciples asked him what this parable meant. He said, “To you it has been given to know the secrets of the kingdom of God, but to others I speak in parables, so that

Those Who Do Not Believe Will Not Receive

Although he had performed so many signs in their presence, they did not believe in him. This was to fulfill the word spoken by the prophet Isaiah:

“Lord, who has believed our message,
and to whom has the arm of the Lord been revealed?”

And so they could not believe, because Isaiah also said,

Isaiah said this because he saw [Christ’s] glory and spoke about him.

Nevertheless many, even of the authorities, believed in him.

But because of the Pharisees they did not confess it, for fear that they would be put out of the synagogue, for they loved human glory more than the glory that comes from God.

Each Gospel writer remembered Jesus teaching the meaning of Isaiah’s prophecy, and the Synoptic Gospels associated the Parable of the Seeds and Soils with this prophecy God first gave to Isaiah. Isaiah later repeated this utterance (as did several other Hebrew prophets) as an oracle concerning Jesus’s ministry because that is Who Isaiah saw in his vision in this chapter.

Salvation is to Every Person Who Believes

. . . Regardless of spiritual heritage, cultural background, life circumstances, economic or societal tier, or any other classification.

The very last story in the Book of Acts involves the Apostle Paul spending an entire day with Jewish leaders of Rome.

From morning until evening he explained the matter to them, testifying to the kingdom of God and trying to convince them about Jesus both from the law of Moses and from the prophets.

Some were convinced by what he had said, while others refused to believe. So they disagreed with each other, and as they were leaving Paul made one further statement:

“The Holy Spirit was right in saying to your ancestors through the prophet Isaiah.

. . . “Let it be known to you, then, that this salvation of God has been sent to the gentiles; they will listen.”