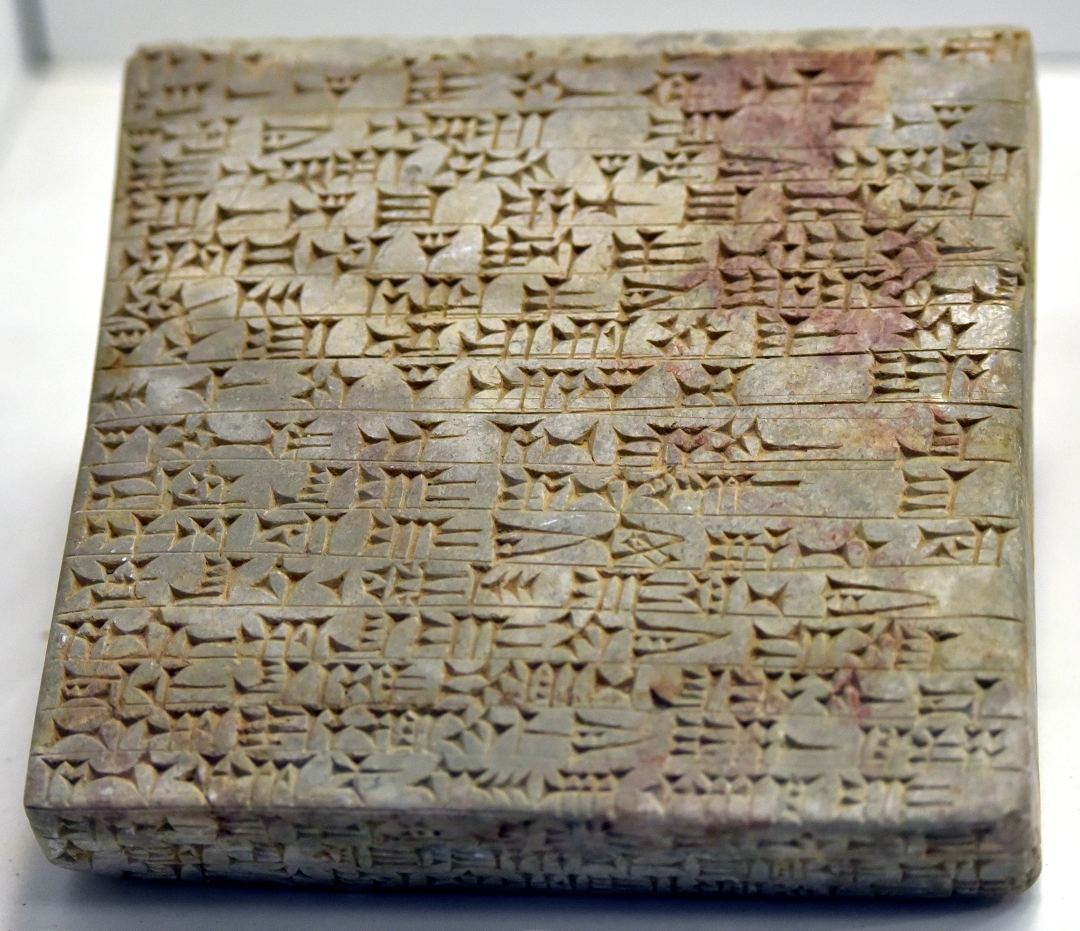 For Isaiah’s listeners, the terror stirred up in anticipation of Assyria’s advance must have drained them of all thought. Panic! Horror! Dread! There surely was little else they could think of.

As often happened with prophets, Isaiah saw this sweeping drama in his vision, and had to describe each scene as it came to him. But it was not the actual sequence of events.

Isaiah first spoke of God’s wrath against Assyria even though Assyria was acting as the Lord’s rod of correction for God’s people. Then Isaiah described the harvest of righteousness that these cataclysmic events he was writing about were going to reap some day. Finally, Isaiah prophesied on what was going to happen in the near-term. Here is a suggestion of how these events actually played out:

In reassurance, God began with woe to Assyria

Woe to Assyria, the rod of my anger—
the club in their hands is my fury!
Against a godless nation I send him,
and against the people of my wrath I command him,
to take spoil and seize plunder,
and to tread them down like the mire of the streets.

This had to have come as a shock for Judah to be called godless. After all, they were scrupulous in their religious rituals and ceremonies. But God does not respect a double standard. Belonging to God does not exclude you and me from God’s discipline. It actually makes us more accountable to God

The truth is, Judah was monotheistic in name only.

Along with their regular temple service, they also worshiped idols.

God’s people had angered the Lord. They had become a godless nation, having broken their covenant with God. They had stubbornly refused to even listen to God, let alone obey God’s word. They had managed to transgress every one of God’s commands, inviting the Lord’s correction by going through the motions of being spiritual, yet never repenting, nor turning towards God.

The Lord was now revealing to them God’s active opposition to all evil, that God would not tolerate their wrongdoing, their rejection of the Lord, their betrayal of God’s covenant, their polytheistic practices, just because they were, in fact, God’s people..

God had raised up the Assyrians to act as a means of discipline of Israel and Judah. But Assyria’s purpose was in no way God’s purpose.

The king of Assyria’s goal was to expand his imperial empire to the southern kingdom of Judah. He was going to conquer the nations and plunder them all.

Sennacherib did not recognize himself as God’s instrument. His attitude was that if his commanders were kings, that made him the king of kings.

For he says:
“Are not my commanders all kings?

He bragged about his conquests

Is not Calno like Carchemish?
Is not Hamath like Arpad?
Is not Samaria like Damascus?
As my hand has reached to the kingdoms of the idols
whose images were greater than those of Jerusalem and Samaria,
shall I not do to Jerusalem and her idols
what I have done to Samaria and her images?”

Each of these cities had been taken within the past twenty years and represented Assyria’s victories going from north to south, making his march on Judah seem unstoppable. In his mind, if he could conquer Samaria, then their gods must not amount to much, and there was no reason why he could not also conquer Jerusalem, which was the capital of a much smaller nation.

But God, the true King of kings, would not tolerate this.

When the Lord has finished all his work on Mount Zion and on Jerusalem, he will punish the arrogant boasting of the king of Assyria and his haughty pride.

The Lord would finish making use of Assyria to discipline God’s people. But then the Lord would punish Sennacherib for his arrogant and haughty pride:

“By the strength of my hand I have done it,
and by my wisdom, for I have understanding;
“I have removed the boundaries of peoples
and have plundered their treasures;
like a bull I have brought down those who sat on thrones.”

It was actually one of Assyria’s distinctives that they would remove national boundaries and intermix people groups to demoralize them and to guard against uprisings.

“My hand has found, like a nest,
the wealth of the peoples,
and as one gathers eggs that have been forsaken,
so I have gathered all the earth,
and there was none that moved a wing
or opened its mouth or chirped.”

The Assyrians were the terrorists of their day, legendary for their ferocious cruelty, and their kings attributed their victories to their own brilliance and power.

“In these days, when at the command of the great gods my lordly sovereignty has manifested itself, going forth to plunder the goods of the lands,

God’s rebuke to Assyria was severe.

Shall the ax vaunt itself over the one who wields it
or the saw magnify itself against the one who handles it?
As if a rod should raise the one who lifts it up,
or as if a staff should lift the one who is not wood!

Assyria was simply a tool.

The person employing the tool controls the tool.

The tool cannot exalt itself above the one who operates it. God’s sovereignty makes the Lord able to send a wicked nation like Assyria as a means of discipline towards God’s own people.

But Assyria relished the idea.

God was not the author of their barbarity or their pride and greed, and God would hold Assyria accountable for the cruelty and bloodlust in their hearts, for their pleasure in savagery, and for their massive and godless egotism. God judges opportunistic people and nations, even if the Lord works through them for God’s own higher purpose.

God’s punishment would be complete.

The warriors would become weak with a wasting disease, and

and under [God’s] glory a burning will be kindled
like the burning of fire.

The light of Israel will become a fire
and his Holy One a flame,
and it will burn and devour
his thorns and briers in one day.

To God’s people, the Lord is a source of warmth and light.

But to those who exalt themselves against God, the Lord’s holy light becomes a fire. The Assyrian’s plunder would go up in smoke in a single day.

The glory of his forest and his fruitful land
the Lord will destroy, both soul and body,
and it will be as when an invalid wastes away.
The remnant of the trees of his forest will be so few
that a child can write them down.

There would be a colossal destruction of the Assyrian army, that is the imagery of the forest God would cut down. There would be such decimation in numbers that even a child would be able to count how many would be left.

God can work even through evil people to achieve God’s holy ends, but God is not the author nor agent of evil, and will judge evil wherever it may be.