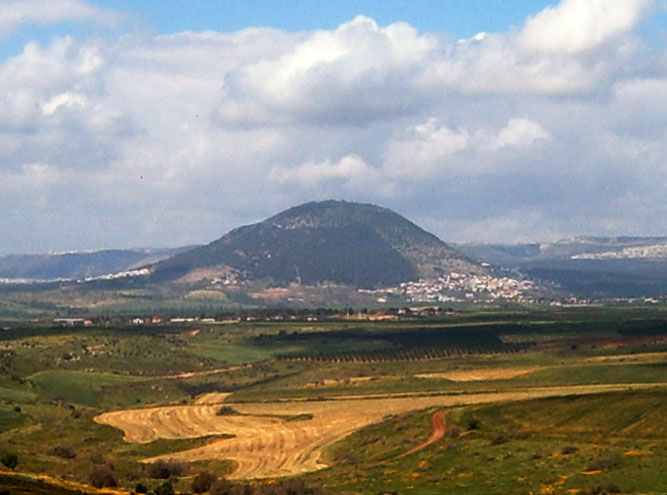 The Waiting Is Over

Years ago, my husband and I took a trip we had been carefully planning and anticipating for three years. In those days the internet was still pretty new, so we went to the library to check out travel books, we visited the Triple A to get maps of where we hoped to go, we went to bookstores to get up-to-date tour brochures and self-guided tour books. We made several international calls to get our hotels, museum and event tickets, and rented cars arranged, we spoke with friends who remembered good places to go, and we saved our money, watching that account grow little by little.

Finally, it was the big day! We drove ourselves to the airport and boarded our overseas flight. The wait was over, and we could not have been more excited.

We still savor the memories we made together, the adventures we shared, zipping down wooden slides till our pants grew hot in the salt mines of Salzburg, drinking coffee at a little café over-looking a canal in Venice, taking the autobahn clear through Austria and straight into Italy on a ribbon of highway impossibly straight, traveling across deep canyons on trestle bridges and tunneling through mountains, staring in amazement at entire walls encrusted with masterpieces in the Uffizi.

The wait had been worth it.

There is something of that feeling in the song Isaiah heard sung in his vision.

It will be said on that day,
“See, this is our God; we have waited for him, so that he might save us.
This is the Lord for whom we have waited;
let us be glad and rejoice in his salvation.”
For the hand of the Lord will rest on this mountain.

The writer of Hebrews spoke of the many faithful who lived their entire lives in anticipation of what Isaiah surveyed.

All these, though they were commended for their faith, did not receive what was promised, since God had provided something better so that they would not, apart from us, be made perfect.

Even Isaiah did not receive what he saw with his own eyes. Like Moses, Isaiah could only gaze into the future. And you and I today are in the same place with Isaiah. We also wait patiently in faith, keeping watch as Jesus instructed, hoping for His return.

The Mountains of Moab

It feels abrupt to me, the way Isaiah left his musings on the beautiful distant scene he was describing, to give such an earthy, degrading picture of Moab’s undoing.

Israel is a mountainous place.

The people covenanted with God at the foot of Mount Sinai in the wilderness, and Moses stood upon Mount Nebo when God showed him the vista of the Promised Land. To say that “one day the hand of the Lord will rest on this mountain,” meant much. This mountain was the emblem of all that is good and holy, all that is right.

So now Isaiah contrasted the Lord’s hand resting upon Mount Zion, and the other mountains, those of Moab, crumbling finally into dust.

Though it is true that Moab would one day experience its final defeat when all its cities would eventually become archaeological mounds, this was not what Isaiah was prophesying. Rather, his oracle presents Moab as the opposite mountain, all that is hostile to God and the people of God. One day, these hostilities will be made no more, one way or the other.

Blessed are those who wash their robes, so that they will have the right to the tree of life and may enter the city by the gates.

Outside are the dogs and sorcerers and sexually immoral and murderers and idolaters and everyone who loves and practices falsehood.

It is a troubling picture, joyful people inside the city, miserable people outside it. Or, alternatively, joyful people on Mount Zion basking in the glory of the Lord, and miserable Moabites desperately flailing in manure.

Yet even Jesus spoke of this.

Added to these troubling images are the eleven instances Jesus speaks of hell, or the two later references to hell made by James and Peter.

Finally, there are three passages in the Greek scriptures which leave the impression of a conscious experience of God’s judgment that seems to last into eternity.

In the first passage, Jesus describes a place of burning where a rich man agonizes in torment for the evil he committed in his life. He cries out in his suffering, but cannot be heard by those who are with Abraham.

The second passage is found in one of the apostle Paul’s letters to the believers in Thessalonica, who were anxious and worried about some of their number who had already died, and who were possibly enduring early persecution, wondering when the Lord would return. Paul reassured them that those who were afflicting them would “suffer the punishment of eternal destruction, separated from the presence of the Lord and from the glory of his might.”

Was Paul speaking in hyperbole, or using symbolic language?

The last passage is found in John’s Revelation and speaks of a lake of fire receiving all those whose names are not found in the Book of Life.

Were these things similar to Isaiah’s vision?

Can we take these passages and images as emblems of final judgment against all evil, while resting in the hope that God will somehow rescue all people?