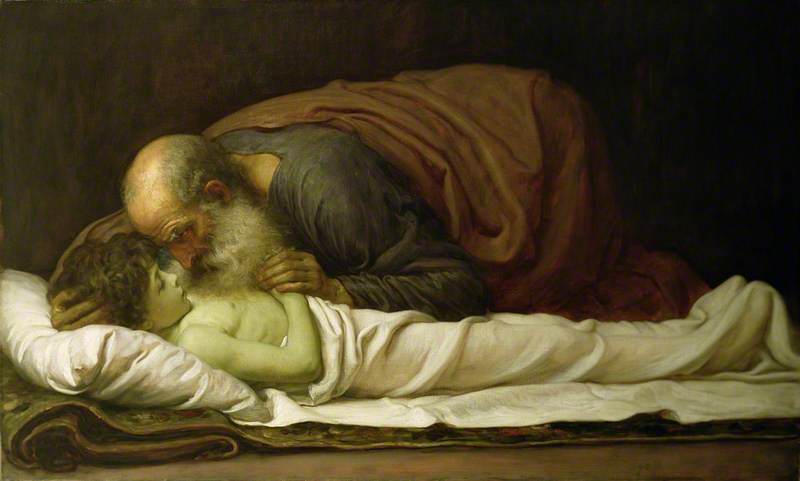 Isaiah 26: The Dead Shall Rise

Perhaps praying about the two paths drew Isaiah’s mind to the kings of Israel and Judah, for they represented those paths—the road of righteousness and the way of the wicked.

Most of Israel’s kings had continued in the path Jeroboam had set, worshiping the hybrid gods established in Bethel and in Dan. But even many of Judah’s kings had done evil in God’s sight, ruling with tyranny and terror, allowing godless practices politically, morally, societally, and religiously. There had been too many reigns marked by greed and graft, usurious taxation, forced labor demands, and wide gaps between the wealthy and powerful, and the poor and needy.

Now, as Isaiah prayed, he asked,

O Lord, may you ordain peace for us,
for indeed, all that we have done, you have done for us.
O Lord our God,
other lords besides you have ruled over us,
but we acknowledge your name alone.

Isaiah thought of all those whom God had judged. They would never return, their time was over, for God had done away with them. Even the memory of them would be wiped away.

But their loss meant only good for the rest of the nation, for their end meant this new beginning, the increase of God’s people, the expansion of their domain.

Isaiah remembered how difficult those days were, when God’s judgment was rolling down. For both the righteous and the wicked were swept up into the same events.

O Lord, in distress they sought you;
they poured out a prayer
when your chastening was on them.

An image came to Isaiah’s mind of a woman in labor, about to give birth, writhing in pain and crying out. Such times held the potential for grave sorrow or great joy, for the intense grief of loss or the jubilation of new life, for every birthing put both mother and infant in jeopardy. So it was, in the time of God’s chastening, the potential for victory or for utter defeat.

But we gave birth only to wind, Isaiah moaned, we could not accomplish deliverance for the earth, nor were inhabitants of the world brought to life.

Caught up in events that had swept into their lives on the command of those far above them—their rulers—there was nothing the people could do. They could not deliver themselves, and they could not deliver their nation. What was happening to them had been set into motion long before, decisions which at the time may have seemed innocuous enough, or tolerable enough. In any case, to have turned the momentum of their destiny in another direction would have taken concerted effort, the people would have had to make strong commitments before the Lord to change what was happening in their nation.

They kept their heads down and lived their lives.

They believed they were powerless to make such big changes.

And the truth is, in the end, they were powerless.

Was it then God imparted to Isaiah the startling revelation of the resurrection?

Your dead shall live; their corpses shall rise.
Those who dwell in the dust will awake and shout for joy!
For your dew is a radiant dew,
and the earth will give birth to those long dead.

When the people had whispered their desperate prayers to God, had travailed, as it were, striving to bring forth some kind of deliverance and failed, God was already at work bringing forth something far more stupendous than escape.

God was going to bring forth radiant new life.

Raising someone from the dead was not unknown to the prophet.

One of the oldest books in the Bible, Job explores the nature of God and of faith. Midway through Job’s narrative, he asks then answers with confidence,

If mortals die, will they live again?
All the days of my service I would wait
until my release should come.

… and after my skin has been destroyed,
then in my flesh I shall see God,

In a remarkable story of tender care, Elijah took shelter in a Phoenician widow’s home, so impoverished that all she had left was enough oil and flour for one more meal for herself and her son. But Elijah’s need quickened her mercy, and she willingly shared what she had with him. In return, God provided for her household for the next three years while the prophet stayed with her.

At one point, the widow’s son took ill and died. Elijah picked up the boy,

carried him up into the upper chamber where he was lodging, and laid him on his own bed. He cried out to the Lord, “O Lord my God, have you brought calamity even upon the widow with whom I am staying, by killing her son?”

Then he stretched himself upon the child three times and cried out to the Lord, “O Lord my God, let this child’s life come into him again.”

The Lord listened to the voice of Elijah; the life of the child came into him again, and he revived.

Elijah took the child, brought him down from the upper chamber into the house, and gave him to his mother; then Elijah said, “See, your son is alive.” So the woman said to Elijah, “Now I know that you are a man of God and that the word of the Lord in your mouth is truth.”

A very similar story happened during the ministry of Elijah’s successor, Elisha, who raised up the son of the Shunammite woman who had been providing for the prophet.

Even after Elisha had been interred in his tomb, his bones brought a man back to life.

One of my favorite spirituals begins “Dem bones, dem bones, dem dry bones.” Ezekiel’s unsettling vision of a valley of bones rising up before his very eyes, taking on flesh and becoming the resurrected nation of God’s people may have certainly been meant metaphorically. It may have signaled they would one day return from exile and rebuild from their ruins. Certainly, it has been read that way.

But imagine if the Lord meant God’s question to be answered literally and concretely?

[The Lord] said to me, “Mortal, can these bones live?”

So I prophesied as I had been commanded …

… Thus says the Lord God: I am going to open your graves and bring you up from your graves, O my people, and I will bring you back to the land of Israel.

At the end of his prayer, Isaiah advised all those who wanted to stay alive during God’s final judgment should stay in their homes, behind shut doors, just as when God’s judgment passed over Egypt the night of the tenth and final plague. Wait until God’s wrath has passed, trust that the blood of the sacrifice will cover you.