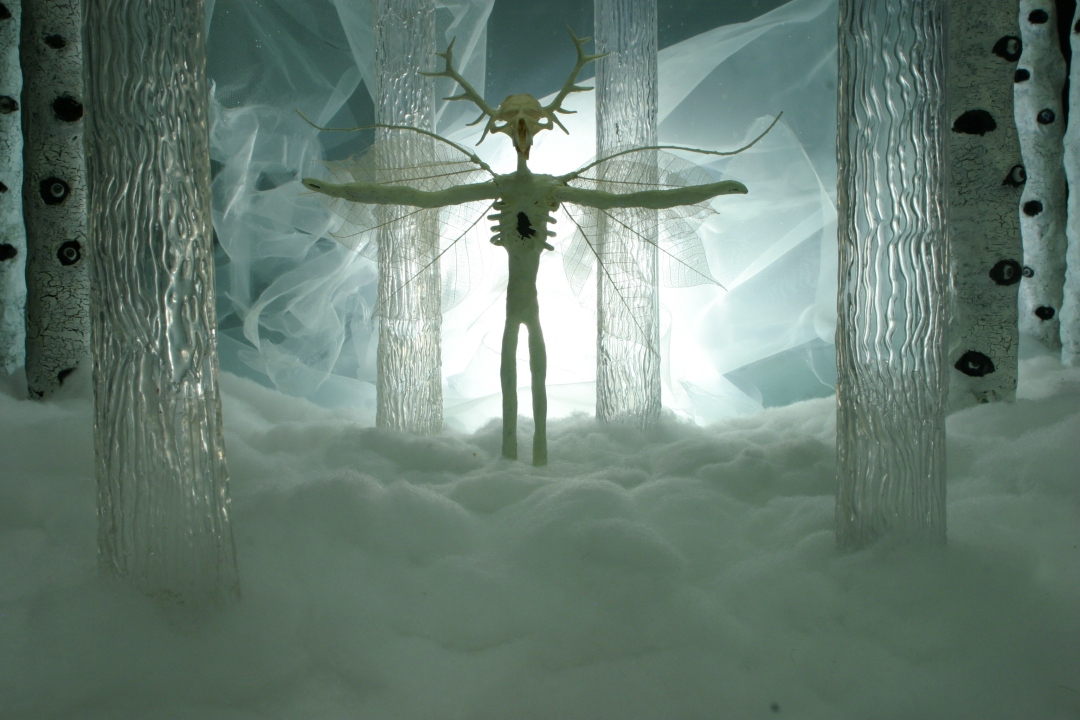 “Once upon a time there were giants in the land.”

The time when Noah lived, a time commentators call antediluvian, a delicious word simply meaning “of or belonging to the time before the biblical Flood.”

Even for people who don’t know much about the Bible, this is a famous story. But for being so well-known, it raises a lot of questions and a lot of controversy: Did the Flood really happen? How widespread was it? Was it universal, or only regional? Was there really an ark, and was it large enough to hold all those animals? Where did the water come from? And who are the Nephilim?

As I mull over this iconic drama, I once again face the difficulty of trying to harmonize what I understand of science with this fantastical account that, even in its day, must have pushed the boundaries of known reality.

There are several approaches to the Flood story, as you can imagine. One way is to simply accept the story as true, as difficult as that may be to sync science with the story’s details. Another way is to treat the tale as basically true for the original writer whose known world included only one hemisphere (the western hemisphere being, as yet, undiscovered by eastern hemisphere dwellers), or possibly only the Levant and surrounds.

The famous Epic of Gilgamesh includes many elements of the Flood, as well as historical facts  that date this poem to about 2,100 B.C. The oldest existing copies of the Epic of Gilgamesh (cuneiform on stone tablets) are older than the oldest existing copies of Genesis (ink on papyri), prompting many scholars to contend the Epic came first, and the writer of Genesis borrowed from it in order to write scripture’s Flood account. Keep in mind, however, stories passed on orally—as they were in ancient times—are hard to date, for when they are finally written down, they are already very old.

One thing is certain, in my mind. Setting aside the assortment of details that may, or may not, reflect accurate scientific data, there is truth in this story, truth about people and cultures and life, and truth about God. So, let’s suspend our need to wrangle over science and enter into the three-dimensional world of this story. Let’s look all around us and see what might be revealed.

Much time has passed, the seasons flowing one into the other, generations of people rising up and out from the ones before them, and the days of Cain and Seth recede into distant antiquity. Now the earth’s surface is being pushed up into ziggurats, excavated for building materials, tilled and sown with fields of grain, orchards planted, herds multiplied, cities springing up across the wide plains and rocky mountains of the Fertile Crescent. Farther and farther out, people groups claim new land for themselves, till the earth, make bricks and mortar, bring down great trees for beams and pillars, and like the frothing waves of a busy sea, human beings begin to increase in number on the earth.

In contrast to the list of men in chapter 5, chapter 6 begins with the beautiful daughters born to those spreading out from Eden and into the world. It’s a strange juxtaposition. Adam was lonely in the perfect world of the Garden, in perfect relationship with God and surrounding creation. Yet, God’s gift of woman brought a change that eventually became Adam’s undoing. Love for Eve stirred up other desires, tempting desires, and the serpent, recognizing its opportunity, pressed in.

And so, once again, the beauty of human women stirred up strange desires in beings the writer of Genesis called “sons of God.” Who were they? And why, after presenting the dilemma of marriage between human women and these “sons of God,” did God Himself announce, “My Spirit will not contend with humans forever, for they are mortal; their days will be a hundred and twenty years.” Doesn’t that seem like a non sequitur? From just three verses, dozens of questions come pouring out.

And then come the Nephilim. Who were they?

Here’s why I don’t like this theory: I have met plenty of awsome human beings who grew up in mixed-faith families. It just doesn’t hold water. And, if this theory were right, then how weird to read the Nephilim identified as “the heroes of old, men of renown.” This is most likely a retrospective within the story itself, explaining to a later generation the stories of the Nephilim which had since become legend. Perhaps this is also a passing reference to the myths of other cultures’ pantheons of gods, and demigod heroes.

This one makes a little more sense to me. But, to be the cause of world-wide desctruction? Maybe?

Here’s why I favor this explanation: Remember the Israelites in the desert who refused to enter Canaan because they were terrified of the gigantic warriors there? Remember that God gave Canaan as a land grant because the indigineous people groups had reached the “full measure” of their sin? The story itself requires something huge, something so awful, so wicked it would prompt God to basically scour the earth of all trace of humankind and do a reboot with His remaining remant of eight presumably untainted humans.

The word Nephilim actually means “fallen ones.” They were described as giants with physical superiority who became famous for their military might. Interestingly, there were tales of giants with great warrior-like power throughout the ancient world, the most well-known to you and me would be from Greece: Cyclops.

There is sound biblical reasoning for all three interpretations. Notably, when these four verses were written, not much detail was given. Evidently, the important point was to explain the necessity of the Flood. Humankind had become so irredeemably corrupted they were becoming a chimera of physical and spiritual malevolence, the very DNA within human genes altered to become inexorably evil. The outer shell was still beautiful, still recognizably having the stamp of God, but now deforming into something not fully human anymore, becoming instead the embodiment of wickedness.

This is what drove God to His grief-stricken lament, “I regret that I have made them.”

“Every intention of the thoughts of the heart was only evil, continually.” It seems hard to imagine, doesn’t it. But, to get inside this story we have to imagine what was it like to live in that kind of culture, where every thought, every motive, every emotion, was tinged with evil. How safe was it to walk around the neighborhood, or even just to go to work? Everyone must have distrusted everyone else, and kept themselves well-guarded. Betrayal, violence, robbery, perversity, all must have been a part of daily life. Think also of despair, the emptiness of isolation, loneliness, of being used, and crushed. Everyone was both victim of trauma and perpetrator of evil. How did children survive in such a world?

And yet, they must have, because humankind was thriving, and spreading out. Jesus described that era when He taught on the coming Day of Judgement, saying “In the days before the Flood, people were eating and drinking, marrying and giving in marriage, up to the day Noah entered the ark.”