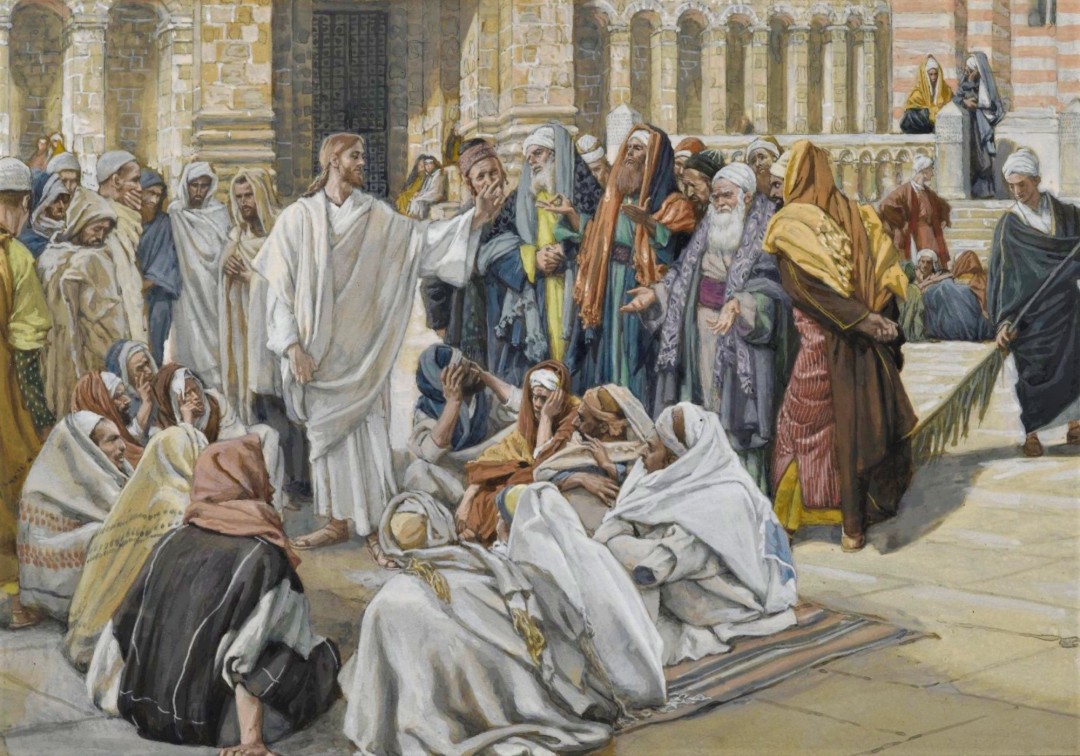 Gospel of John: Who Has the Demon?

Jesus had used the strongest language yet recorded in the Gospel of John, in the escalating conflict with the Pharisees.

Matching the conflict, point for point—

It would seem they had come to the end of the line.

The Judeans gave an answer and said to him, “Are we not deservedly saying that you are a Samaritan and have a demon?!”

Because just one inflammatory insult was not enough.

You remember, of course, the deep antipathy that existed between Judeans and Samaritans. Relations were not good clear back when Solomon’s son took the throne, prompting the crackup of the United Kingdom. Count back from Jesus’ day a good nine hundred years, for Samaria lay to the north of Jerusalem, and became the iconic symbol of the Northern Kingdom of Israel.

But matters worsened considerably when Judeans returned from exile about four hundred years before Jesus, and refused to allow the Samaritans to join them. The Samaritan people, by this point, were considered mixed-race, mixed-religion, a place and people to be avoided as quintessentially impure.

For someone of Jewish faith to call another a Samaritan in the language of their day was to mean heretic and devil.

Essentially, they were saying “Don’t you see how right we are in saying that you are a heretic, the enemy of God, and that you are full of some evil spirit?”

That is why Jesus answered in the way he did,

I do not have a demon, but rather, I honor and value my Father, and you all dishonor, despise, and render me infamous.

But I do not seek after my glory, he is the One Who seeks and Who judges.

Amen, Amen, I say to you, whoever holds fast to and keeps my word (Logos), will never gaze upon death in eternity.

I think, if we had been there, listening to Jesus saying these things, we would have heard the nuances.

The Pharisees were accusing Jesus of the very things they were guilty of—impure lineage, since they proved themselves the sons of a murdering and lying spiritual father.

We all know who that is.

In the end, the judge they would face was God.

Therefore, it behooved them to hold fast to the Logos of Jesus, meaning to hold fast to Jesus himself as well as the words of life and truth Jesus spoke, because then “you will never gaze upon death in eternity.”

You and I take this stuff in stride.

We are reading this through the lens of the resurrection, and in full view of the indwelling Holy Spirit Who seals us unto eternity.

But to a first century listener, standing there on the temple steps, with the tombs of heroes and saints all along the periphery in the low-lying foothills . . . ?

Have you ever been talking to someone when you start to feel your chest constrict, you grow very still inside, your eyes might widen a little, all of your attention is now riveted on the person speaking. You realize you are feeling a bit apprehensive, wary, not knowing where this person is going to take the conversation.

The way they talk, you are realizing, is like someone who is possibly—slightly—unhinged. They have a strange way of thinking and seeing the world. They have the patina of rationality, so they are moving freely about among the sane. But they are not. Sane.

That is how I see the Pharisees responding to Jesus. He is not quite sane. He says big things. But he seems increasingly delusional.

Ever so imperceptibly, the group of Pharisees back away, as one of them steps forward slightly, spreading his hands to show he is safe. He speaks deliberately, with a measured tone, as if to a difficult student who has given a wrong answer.

“Now we know you have a demon,” he says, in a low, calm voice. “Abraham died, as well as the prophets.” The Pharisees behind him nod their heads slowly and carefully, as though Jesus were a confused and troubled child. He studies Jesus’ face to see how Jesus responds.

“Yet you say whoever keeps your word (Logos) will never taste death in eternity.” He said it as a statement, but there is a hint of a question in the air. He is giving Jesus a chance to emend his statement. He even used the word “taste” to toggle what Jesus had said. Did he really mean what it had sounded like to them?

So, the speaker begins again, one hand held out to Jesus, the other hand held to his chest, his face and voice expressing concern, “You are not greater than our father Abraham, who died?” He shakes his head in a conciliatory fashion, to help Jesus agree he is not greater.

Another man among the Pharisees has a try. “Also, the prophets died.”

And then another, “Who do you make yourself [to be]?”

Several Pharisees look angrily at this latest speaker. Do not ask him that! But it is too late. for Jesus’ face is transformed by a smile, and he nods to the one who has asked him this.

Of course, the onlookers lean in, the disciples lean in, even some of the Pharisees, in spite of themselves, lean in.

What will Jesus now say?[1]