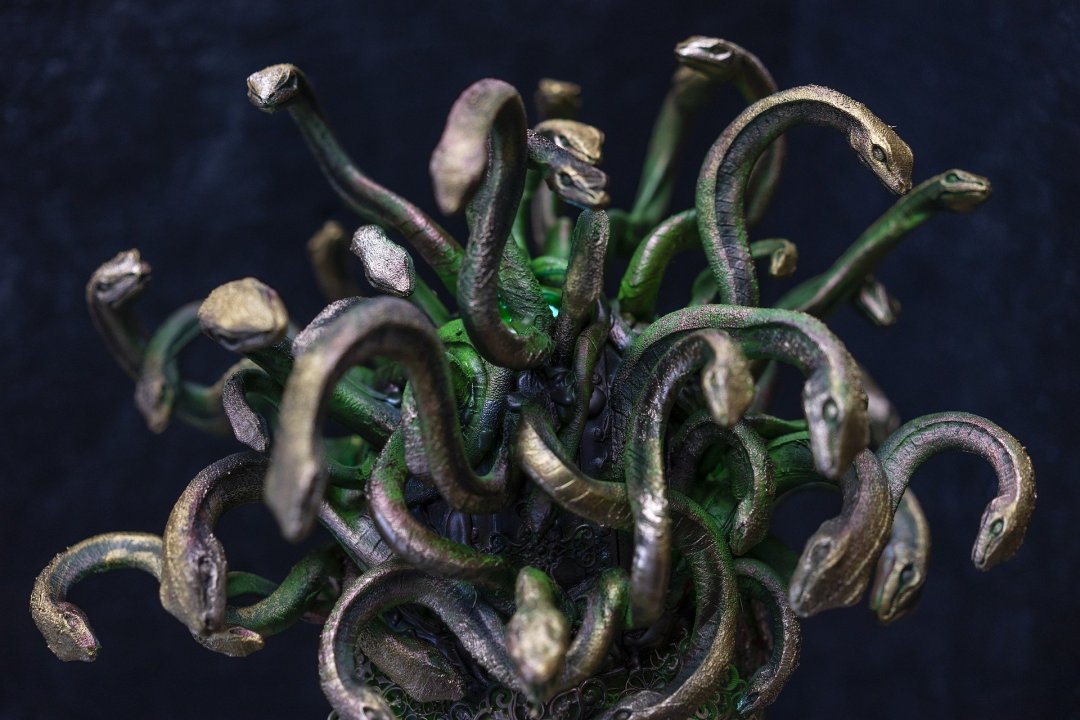 Gospel of John: Stone Him!

The Pharisees were finding themselves in the vortex of a surreal discourse with Jesus.

The harder they tried to keep the conversation within the boundaries of their perspective, their understanding of scripture . . .

Whenever the Pharisees thought they had found solid footing, Jesus would say something completely off-sides, and their theological ground would quake.

Jesus’ identity: Was Jesus the son of God, the prophesied Messiah? Or was Jesus an enemy of God, promoting a synchretistic version of Judaism in which he was the self-proclaimed god?

Jesus’ spirit: Was Jesus the mouth of God, speaking only what God said, and delivering all things in the power of God’s Spirit? Or did Jesus have a demon?

Pharisees’ spirit: Did they teach God’s truth from the scriptures, purifying themselves and the people? Or did they have no relationship with God, being instead enemies of truth?

There was no middle ground.

After carefully explaining to Jesus how really very completely dead Abraham was, as were all the prophets—centuries dead, bones and dust—they asked in the most leading fashion if there was any possibility at all that Jesus could advance himself as greater than these giants of the faith?

No one could have expected, or even imagined, Jesus’ answer.

If I honor and magnify myself, and make myself glorious, my glory is nothing. My Father is the One Who glorifies me, that you all say “He is our God.”

Yet, you all do not recognize, perceive, nor understand him,

but I [do] respect, appreciate and know him—and if I so much as said I did not know him, I will be like all you liars,

But rather, I have known him and watch over, guard, give heed to, observe, and preserve his word (Logos).

So far so good, right? It is a remix of what they had already been hashing out, a “yes you are” “no I am not” kind of debate, going back and forth.

But, wait for it.

Our forefather Abraham exulted that he might behold my day, and he did both behold and rejoice.

Someone might read that and immediately think about symbolism and allegory. Grounded, scientifically-minded people do not even entertain the idea Jesus literally meant Abraham had physically seen Jesus in his own lifetime.

But, that is exactly how the Pharisees took it, that Jesus was somehow implying he had been around in Abraham’s day, that Abraham had seen Jesus with his own eyes and rejoiced.

If the Pharisees had thought before that Jesus was just a little bit delusional and possibly might even have a demon, they were all the more convinced now.

You have not yet fifty years! And Abraham saw you [with his physical eyes]?!

I do not know about you, but I only have so much emotional margin for being in a conversation like this, with someone who says completely off-the-wall things in a totally serious manner, who disagrees with me at every turn, who upends my entire belief system, questions my morality and spirituality, and lets me “have it,” basically. Thankfully, God has not steered me into those kinds of discussions very often.

Because by this point, I would have been wrung out if I were a Pharisee, absolutely done in.

And this was the final straw.

What would you say to someone who reassured you with categorical conviction, unquestionable assurance, that someone who died three thousand years ago had definitely seen them with their own eyes? Does it not give you a queer, queasy feeling? Like, what is wrong in their head?

I think we need to imagine these men, sweating in the hot sun even if they were standing in the shade by now, just about dizzy with consternation. How do you even engage someone like this? Who claims to know God in a way no one else does, who claims to be the prophesied hero of the people, who claims actually to come from heaven, from God, and who now insists the forefather and uber patriarch of Judaism had actually seen him, and exulted?

What can you possibly say, except No Way! Which is, in fact, what they said.

“Amen, Amen, I say to you,” Jesus had begun his response, and I imagine the Pharisees rolling their eyes, looking at each other, some maybe with their arms akimbo, or folded in front of them. Now what? What is this madman going to say?

“Before Abraham came to be,” spoken mellifluously with mystery.

I see them leaning in all the closer, expectantly, not realizing they are collectively holding their breaths. The sweet wind that had refreshed the others now gently blows across all their brows, tightened expressions ease, even the Pharisees’.

The sounds of people bustling and calling to each other up and down the steps and across the court, the sounds of animals bleating, birds’ wings flapping, money clinking as it went down the trumpets’ mouths, all recede.

There is only the secret music of the wind, and Jesus’ soft, still voice.

This chapter began with the Pharisees picking up stones, and now it ends there too.

They were beyond words, so enraged they were left with inchoate gutturals, and fury coursing like lava through their bodies. Snakes for arms, fangs for fingers, they struck their rocks like prey and hauled them up in one frenzied motion, a giant Medusa of raging Pharisees readying to hurl their judgment in a hailstorm of stones.

But Jesus just melted into the crowd, or perhaps the crowd melted around Jesus, for John watched in wonderment as Jesus hid himself before their very eyes and went out of the temple unmolested.

Whoever keeps Jesus’ word will not gaze upon death in eternity

Verse 12 The person who follows Jesus will have the light of life, and never walk in darkness.

Verse 31 Real disciples of Jesus will remain in his word (Logos), will know the truth and be made free.

Verse 36 If the Son frees you, you will really be free.

Verse 51 Whoever keeps Jesus’ words will not see death in eternity.

As a believer in Jesus, you and I have laid claim to all these truths, but some seem to carry more weight than others with us.

Which of these promises are you longing to know more of, to appropriate for yourself in a realer way, to live the truth of?

The scribes and Pharisees refused to acknowledge their sense of spiritual superiority, scriptural acumen, and moral authority. They could not imagine this uneducated Galilean construction worker was anything more than a Messiah wannabe connected to some strange supernatural power (but certainly, definitely not God’s power).

But by locking Jesus out, they actually locked themselves out of the very promises they considered themselves entitled to from God.