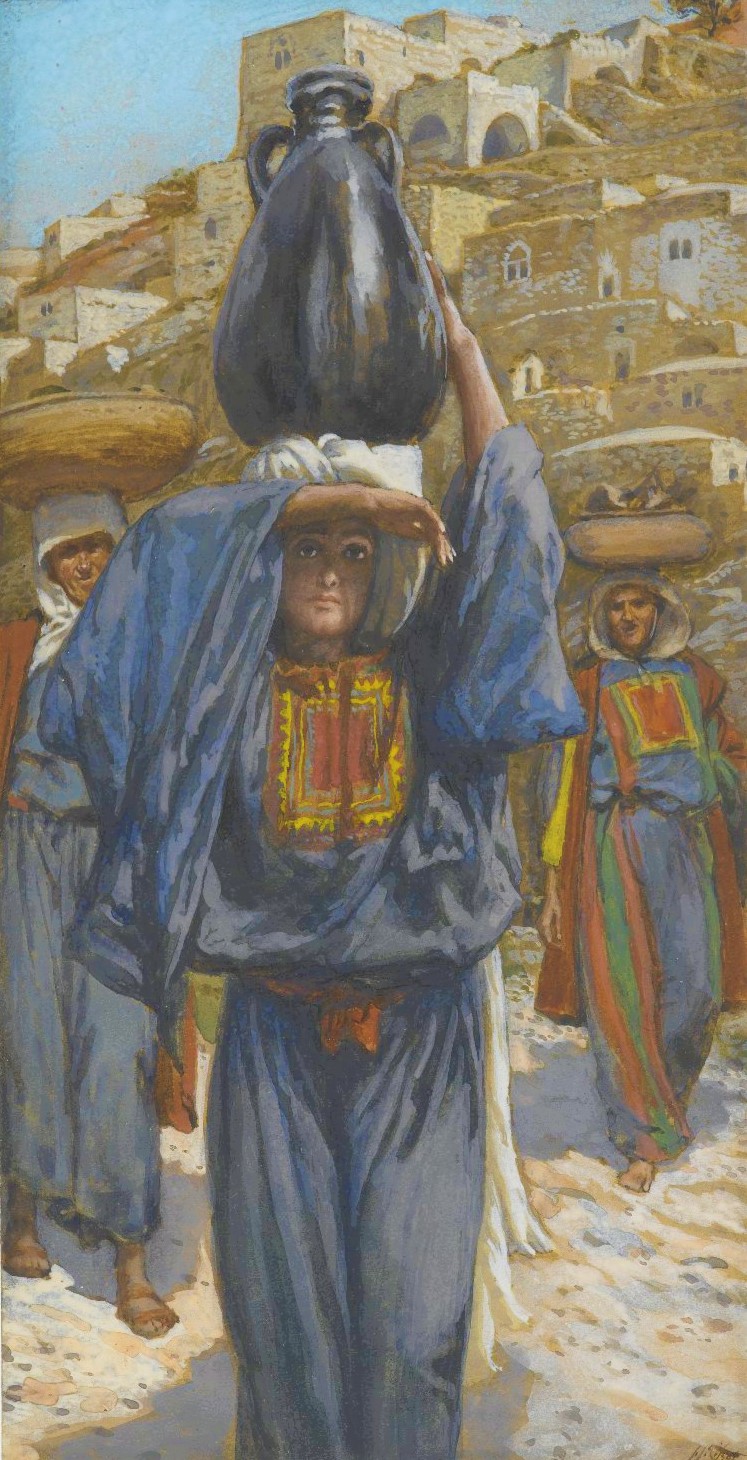 Gospel of John: Revelation to Martha

Now, Bethany was near Jerusalem, [about two miles], and many Judeans had come to Martha and Mary in order that they might comfort and console these ones concerning their brother.

The situation surely looked hopeless by this point. Lazarus had been in the tomb for four days, one day more than the traditional time left open in case a person might spontaneously revive. Lazarus was well and truly dead, there was no doubt in anyone’s mind.

Many religious dignitaries from Jerusalem had come to mourn with this wealthy and prominent family, to condole with Martha and Mary (notice the name placement. Martha was most likely the older sister).

Still, in all the grief and heartbreak, Mary and Martha had Jesus’ mysterious promise that what was happening would be to God’s glory, and that Jesus would be glorified as the Son of God. When news of Jesus’ arrival came to the sisters, Jesus’ promise was enough for Martha to run out to Jesus and tell him that even though Lazarus’ illness really had ended in death, she still held out hope.

“Sir, if you were here, my brother would not have died.”

I picture Jesus looking with such warmth and love, into Martha’s eyes, which are red with crying. She is open to him, even with all her hurt, wondering why he held back for two long days before coming to them. As she studies his face, she sees reason to hope, though she has little idea what to hope in.

“Even now, I have perceived that whatever you ask God, God will give to you.”

Resurrection and The Life

Jesus told Martha Lazarus would rise again, and Martha quickly agreed, talking about the someday of the resurrection of all the dead. Her faith was no less that yours and mine is today, which is why Jesus did not rebuke her, but encouraged her instead. She believed that on the final day of judgement Lazarus would be raised up with the righteous to live with God forever. That is what you and I believe today. What we do not expect is that if we pray over a dead body it will come back to life.

Jesus’ response is one of the great I AM passages in John:

I AM the Resurrection and the Life, the one who believes in me even if they die they will live, and everyone who lives and believes in me will certainly not die in eternity.

John’s Gospel had already introduced the idea that Jesus was life,

In him was life, and the light was the life of human beings.

Then, John brought the theme back,

Everyone who drinks from the water of which I Myself will bestow to them, this one will not be thirsty into eternity, but rather, the water that I give to them will become in them a fountain of water springing up into eternal life.

Amen, amen, I say to you all, that the one who hears my word (Logos) and who believes the one who sent me, has life eternal and does not come into judgement, but rather has changed places out of death into life.

Amen, amen, I say to you all, that an hour is coming and now is when the dead will hear the voice of the Son of God and the ones who hear will live.

You all are not to marvel at this, because the hour is coming in which all these in the graves will hear his voice.

John had been leading up to this climactic point in the narrative, where Jesus was going to demonstrate what he meant.

Not Only Spiritual, But Physical

Jesus helped Martha to see that what he had said was literally true.

Lazarus was not going to remain dead, but become physically alive, and very soon. This was going to happen because Jesus himself is life.

Jesus is the resurrection.

Jesus was not simply talking about philosophy or being doctrinally correct, or looking at one day in heaven, but a real and physical resurrection to physical life.

It was a stupendous statement.

Doctrine of the Resurrection

The Christian teaching on the resurrection begins with the resurrection of Jesus Christ, which is a fact of history and is a proof of most other important teachings. Jesus’ resurrection was not simply a resuscitation, as with Lazarus, who had been returned to his ordinary physical body.

Jesus will not die again as Lazarus did.

That is the resurrection every believer can look forward to.

Since people are spiritual beings as well as physical beings, we have to talk about resurrection on more than the physical level. Throughout scripture we can see that human beings all die physically, and this is representative of a spiritual condition within. The Apostle Paul made it abundantly clear that no human being ever, from the very first man and woman—whether by nature or by nurture—has ever escaped sin, corruption and death.

Resurrection begins as an internal experience, when a person puts their faith in the Lord Jesus and receives eternal life into their inward being through the indwelling Holy Spirit. The same power that raised Lazarus from the dead is at work in that person.

That recreation of life happens at the moment of salvation, and it is like a deposit on the physical resurrection that is yet to come.

Jesus challenged Martha, “Do you believe this”? And Martha moved from the intellectual belief in a resurrection some day, to a full belief that Jesus is, himself, God, the Son of God, and the long awaited Messiah.

What do you think of Martha as an eye witness? A down-to-earth, practical minded person. Is she credible? Do you believe her testimony? An active faith moves from abstract belief to personalized trust in Jesus.

God alone has the power to create life. The Lord Jesus really is the resurrection and the life, a life that begins and continues into eternity, but is lived out right now.

How active is our faith in Jesus? Does our faith postpone God’s power to a someday thing, to believe in a sort of abstract way that God is powerful, but not believe in real life miracles for right now?

Or are we living in active faith that Jesus is powerfully at work within our inward beings, transforming us, and is also at work in our physical world, bring shalom to all those around us, including the earth itself?