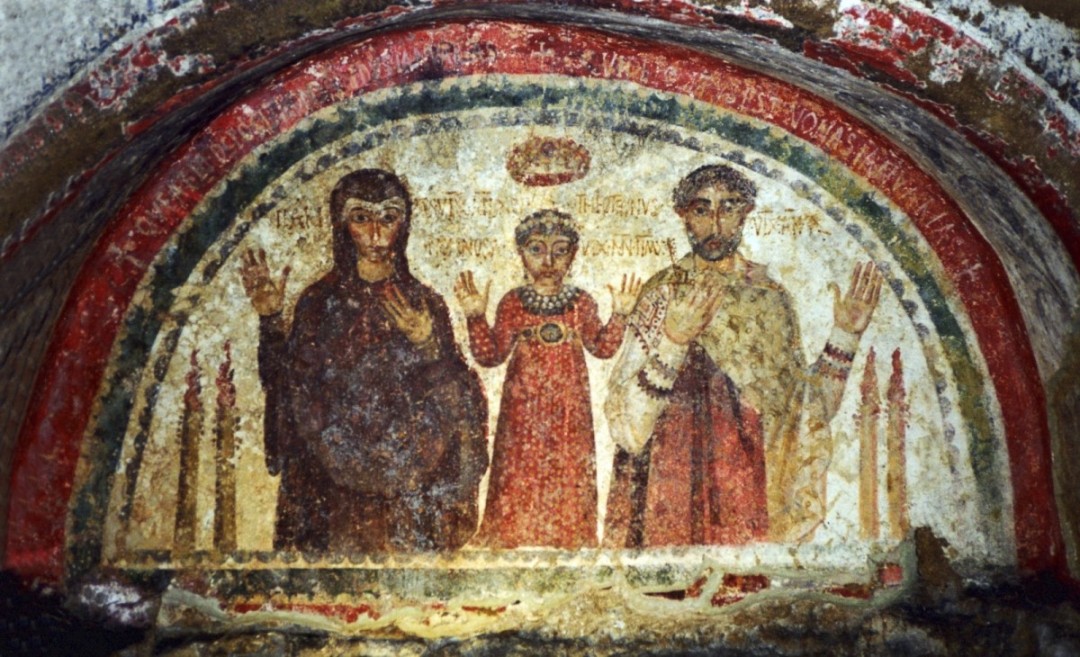 2 John: The Elder and the Lady

Though 2 John is not a long letter—thirteen verses in all—it is both theologically rich, and a window into how John pastored the believers in his care. This letter also carries one or two surprises. Let us see if you can spot them as you read the apostle’s epistle.

The Elder to [the] chosen-of-God lady and her little children, whom I love in truth, and not I alone but also all those who have known the truth, because of the truth that remains in us, and will be with us into eternity: grace, mercy, [and] peace will be with us from God [the] Father, and from Jesus Christ the Son of the Father, in truth and love.

I was greatly rejoicing that I have found [some] of your children living in truth, just as [the] commandment we received from the Father. And now I ask you, lady, not as a new commandment [do] I write to you, but rather what we had from the beginning, that we may love one another.

And this is love, so that we live according to His commandments—this is the commandment, just as you heard from the beginning, so that you may live in it, because many deceivers went into the world who do not confess Jesus Christ coming in flesh—this one is the deceiver and antichrist.

You watch yourselves, so that you will not destroy what we labored [for], but rather you might receive a full reward. Each one who goes [too far] ahead and does not remain in the teaching of Christ does not have God—the one who remains in the teaching, this one has both the Father and the Son. If someone comes to you and does not bear this teaching, do not receive [this person] into [your] home and also do not speak to greet this person— for the one who speaks to greet [this person] shares in his evil deeds.

Much of what I have to write to you I did not intend for the sake of paper and ink, but rather I hope to appear to you and talk “mouth to mouth,” so that our joy is made full. The little children of your chosen-of-God sister [warmly] greet you.

Evidently, Eusebius (c. 260 – 340 AD) thought there were two leaders in the first century church named John: one called John the Apostle and the other called John the Elder. He based this theory on how he read Papias’ (c. 60 – 130 AD) account of John the disciple’s life and work.

However, according to Pulpit Commentary, it seems Irenaeus (c. 130 – 202 AD), who had also read Papias’ work and personally knew Polycarp (c. 69 – 155 AD), a disciple of John the Apostle, never intimated there were two Johns.

Papias did refer to John sometimes as apostle and sometimes as elder. However, there is no conflict in thinking of John at times referring to himself—in all humility—as an elder of the church. This would be in keeping with how Peter pled as a fellow elder with the elders who read his letter.

Now as an elder myself and a witness of the sufferings of Christ, as well as one who shares in the glory to be revealed, I exhort the elders among you.

Considering the consistency of teaching and language between John’s gospel, John’s first letter, and this second letter, it makes the most sense to understand the author as having been John the Apostle, who referred to himself in the same way Peter the Apostle referred to himself—as an elder,

Chosen-of-God Lady and Her Sister

Who is the Lady? And who is her sister?

Well, it seems that is still a Big Question.

Despite strong evidence to the contrary, many scholars presume the lady and sister stand in for church, with a few bullet-point reasonings:

In this scenario, though the church was never referred to in any of the other apostolic writings as a lady, the appellation Chosen-of-God would seem to generally indicate the saved elect.

A Mother and Her Sister

A number of theologians note the lady had children as did her sister. At face value, this would identify both as mothers with perhaps grown children who were known to the apostle. In this case, Chosen-of-God would be an encouragement to her, as a greeting, acknowledging her specialness in the Lord, and the title κυρία | lady might have been the name Kyria.

Does the word Kyria look a little bit familiar to you? It might to those who have sung mass in Latin, for the Latin Kyrie is the Greek κύριος | kurios, meaning among other things, Lord.

Kurios also means master, head of a family, and one form of the word, κυριε | kurie was used as a respectful address akin to sire or sir. Kuria is the feminine version of this word, and could have meant any or all of those things as well, for there were many prominent women who came to follow Christ in the early decades of the church.

On the sabbath day we went outside the gate by the river, where we supposed there was a place of prayer; and we sat down and spoke to the women who had gathered there. [one of whom was the famed Lydia] . . .

Some of them were persuaded and joined Paul and Silas, as did a great many of the devout Greeks and not a few of the leading women . . .

Many of them therefore believed, including not a few Greek women and men of high standing . . .

I saved this one for last because it seems the most likely.

In his first letter, the apostle repeatedly referred to his readers as his children, even his little children.

From this, it would seem part of the natural language of the first century church—particularly because the church was considered God’s family—was familial. Church members were brothers and sisters, and church leaders were the elders among them. Jesus had already begun this way of speaking by calling all who followed him his own family, saying

“Who are my mother and my brothers?”

And looking at those who sat around him, he said, “Here are my mother and my brothers! Whoever does the will of God is my brother and sister and mother.”

The Apostle Paul often spoke of the church in terms of familial relationship and also referred to those in his care as his children.

I am not writing this to make you ashamed, but to admonish you as my beloved children.

We might have made demands as apostles of Christ. But we were gentle among you, like a nurse tenderly caring for her own children. So deeply do we care for you that we are determined to share with you not only the gospel of God but also our own selves, because you have become very dear to us.

You remember our labor and toil, brothers and sisters; we worked night and day, so that we might not burden any of you while we proclaimed to you the gospel of God. You are witnesses, and God also, how pure, upright, and blameless our conduct was toward you believers. As you know, we dealt with each one of you like a father with his children.

Finally, we know of several named woman who hosted churches,