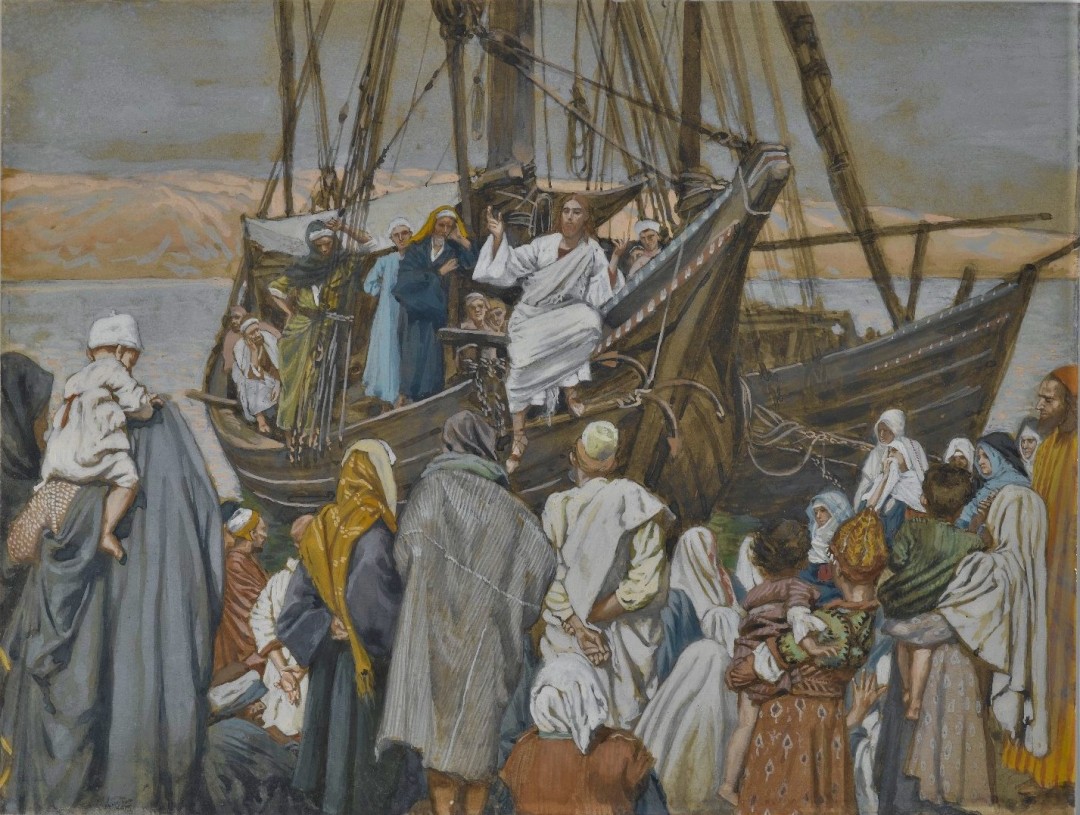 Hebrews: Anchor of the Soul

The writer had given nearly three chapters of exhortation, dire warnings in stern language. Now he turned to encouragement, feeling certain his audience would respond to God’s call through his letter.

Even though we speak in this way, beloved, we are confident of better things in your case, things that belong to salvation. For God is not unjust; [God] will not overlook your work and the love that you showed for [God’s] sake in serving the saints, as you still do.

And we want each one of you to show the same diligence so as to realize the full assurance of hope to the very end, so that you may not become sluggish, but imitators of those who through faith and patience inherit the promises.

This is an encouragement for you and me today as well. We live in this moment, we lean towards the moments to come, but the moments that have past are not gone. God sees, knows, remembers, and values all.

When you and I persevere in faith it is evidence of our salvation.

So often, our perseverance remains hidden from view, as we struggle privately. We take care of the people in our lives, small acts of kindness, words of love and affirmation, perhaps gifts of time or tokens of affection. There are plenty of times when it seems those things have gone unnoticed, or at least unthanked. It is a quiet perseverance to continue giving, out of love for that person, or those people, and also for God.

The writer of Hebrews reassures us God knows and sees, God remembers and values. These things are, in their way, more than simple acts of grace and goodness. They are also sacred acts of service, a form of worship, when done in step with the Spirit. This is something of what it means to be a part of God’s holy priesthood. It is something of being a living sacrifice to God.

When God made a promise to Abraham, because [God] had no one greater by whom to swear, God swore by [God’s self], saying, “I will surely bless you and multiply you.” And thus Abraham, having patiently endured, obtained the promise.

The story of Abraham was as familiar to the writer’s audience as the story of Jesus is to you and me today. And truly, Abraham was a good example of what faith looks like in someone who perseveres in spite of their shortcomings, their failures, their blind spots, and their wrong turns. Abraham believed God, and yet there were aspects of Abraham’s belief that needed maturing.

Sometimes God would step in to redirect Abraham’s path as Abraham endangered God’s plan for him, for Sarah, and for the spiritual legacy and physical lineage God had in store. The point is, Abraham responded each time with faith.

And he believed the Lord; and the Lord reckoned it to him as righteousness.

And that faith, that kernel of willingness to believe God, to persevere with God, to obey God even at great sacrifice to himself, was indeed blessed by God. Through Abraham, two nations were fathered, which survive to this day as the Arab peoples and Israel.

God had been preparing God’s people for a long time to recognize their Messiah through the covenant the Lord had given to Abraham and through the affirmation of this covenant along with the law God had given to Moses. That covenant is what the writer of Hebrews was speaking of when he described God as swearing an oath to Abraham.

In Biblical language, a covenant is a promise of God made to a human being, or group of people. In Abraham’s story, God cut a covenant with Abraham that was intended to include Sarah as well, and would be passed down from generation to generation forever.

Covenants are different than contracts. A contract is an agreement made between relatively equal parties, and either party is free to choose whether to sign the contract. A covenant is also an agreement, but it follows the pattern of ancient Near East treaties made between a conquering king and the conquered people.

Conditional Covenant: Was fairly straight forward. If Person A fulfilled a certain list of tasks, then Person B was covenantally bound to reciprocate by fulfilling his own list of tasks. When God gave Moses the law, God promised to bless the people if they would obey God’s commands; whereas disobedience would bring terrible consequences.

Unconditional Covenant: The stricture of reciprocity is removed, and the Covenant giver simply binds themselves to fulfill certain promises regardless of the other’s response. God’s covenant with Abraham is an example of this. There were no strings attached. When God said God would make Abraham into a great nation and bless all people through his offspring, that covenant promise was kept, even though the Hebrews were often unfaithful to God.

God’s covenant to Abraham (an echo to God’s promise to Eve in Genesis 3:15-16) was fulfilled when Jesus became incarnate.

The writer pointed out to his readers that people swear by something greater than themselves when they want to give an oath that everyone recognizes as guaranteed.

In the same way, when God desired to show even more clearly to the heirs of the promise the unchangeable character of [God’s] purpose, [God[ guaranteed it by an oath, so that through two unchangeable things, in which it is impossible that God would prove false, we who have taken refuge might be strongly encouraged to seize the hope set before us.

Perhaps what the writer had in mind were the unchangeable aspects of God’s word and God’s nature. As Jesus would later famously say,

For truly I say to you, until heaven and earth pass away, one iota or one stroke will by no means pass away from the Law until all things take-place.

All created matter is finite, and one day God will recreate the heavens and the earth. But of infinite and unchanging character is the Creator, and the words of the Creator.

The unchanging nature of God’s word and God’s character are grounds for confidence in God.

We have this hope, a sure and steadfast anchor of the soul, a hope that enters the inner shrine behind the curtain, where Jesus, a forerunner on our behalf, has entered, having become a high priest forever according to the order of Melchizedek.

Covenants were ratified in blood. All of God’s covenants were accompanied by sacrifices and the sprinkling of blood, including the new covenant of grace that Jesus presents. Jesus Himself became the sacrifice for all time, in obedience to the Father, and thereby the source of salvation.

Jesus actually fulfilled the requirements of God’s first conditional covenant by living the perfect, sinless life. You and I can enter into God’s new, unconditional covenant of peace and restoration by Jesus’ good works when we receive Him as our Lord and Savior by faith.

We are anchored in heaven by Jesus Christ. Because He is faithful, we are secure.

A sure and steadfast anchor of the soul corresponds back to the writer’s early warning, For this reason, we must pay more attention to the things having been heard, that we may not-ever drift-away. Jesus alone is a strong enough anchor rope on our lives to keep us securely bound to the throne of God.

5 thoughts on “Hebrews: Anchor of the Soul”