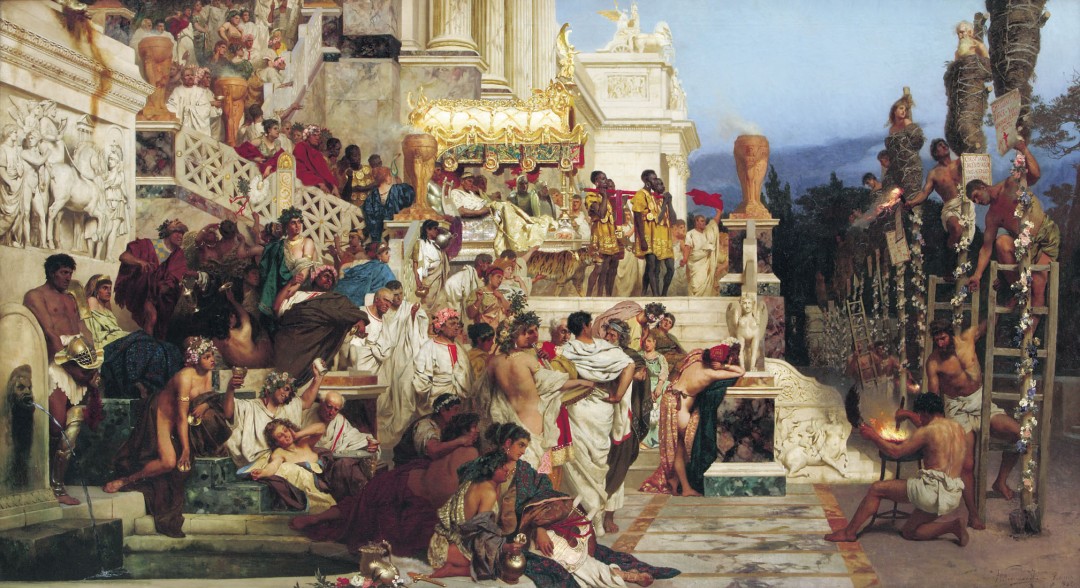 Peter had begun his letter with the glorious truths of salvation, of the profound alteration believers experience, having put their faith in Jesus and been transformed by the divine work of the Holy Spirit. Along with the great privilege of salvation comes the responsibility to grow in holiness, so that being born anew, believers now crave the pure spiritual milk of the word, are built up into the house of God, mature in faith, and serve God.

There is another component of Christian maturity: “Conduct yourselves honorably among the Gentiles, so that, though they malign you as evildoers, they may see your honorable deeds and glorify God when [God] comes to judge.“

Today’s post includes Peter’s practical applications for how to conduct oneself honorably as a believer.

Willingly cooperate with and place yourselves under the shelter of every human authority—through the Lord—whether king as supreme, whether a leader as through whom the criminal is punished and the well-doer is praised.

The Greek verb ὑποτάσσω, hupotasso, was important to the apostles. A versatile word, it could mean:

There is a further fine-tuning, for hupotasso could be used in both military and civilian contexts:

The apostles, who leaned into the freedom Jesus grants, invariably used the verb hupotasso to mean a willing cooperation for the Lord’s sake and in the divine strength of the Holy Spirit.

Why would Peter urge this cooperation with human authorities?

Because, to the world surrounding them, this would be acting honorably, and would show great trust and faith in God.

For it is God’s will that by doing right you should silence the ignorance of the foolish.

By the mid-first century, Christians were experiencing ever-increasing persecution, accused of atheism for they had been rejected by those of Jewish faith, and refused to worship any of the Roman or Greek gods. By willingly cooperating with human authorities, Christians could quell rumors they were involved in rebellion or insurrection. Theirs was a spiritual kingdom, and their movement was in the spiritual realm.

Peter offered several bullet points in how his instruction might be followed:

Liberty should not be confused with license to do whatever you and I want. We have been made free from slavery to sin in order to serve God, having been bought by the blood of Lamb and belonging completely to the Lord.

This last instruction might have drawn an unexpected groan from those listening to Peter’s letter being read. The emperor in power was the hated and feared Nero, who dragged Christians around behind his chariot and burned them as living torches in his garden. Yet, Peter, who was already imprisoned in Rome when he wrote his letters, meant this teaching.

To all who live in the home [from family to servants], willingly cooperate in all deference to the masters [of the house], not only those who are kind, good and fair but also those who are perverse and unjust. For this is graciousness if, being aware of God, you endure pain while suffering unjustly.

Deducing from the several instructions written specifically to the enslaved throughout the Christian Testament, and from Paul’s naming of several slaves who were either his coworkers, or among those to whom he was writing, it is clear many of the first-century believers were members of the slave class.

Enslavement was a deeply entrenched part of the GrecoRoman world, a thousands-year-old institution so ingrained in society it was unimaginable to be otherwise. Peter’s admonition encouraged a kind of graciousness that would bring believers above reproach.

Perhaps Peter was also thinking about Jesus’ answers to Pontius Pilate, that Christ’s kingdom is spiritual, and his purposes eternal, because his next instruction—even more counterintuitive—drew upon Jesus’ example.

“He committed no sin,
and no deceit was found in his mouth.”

Being beaten was a routine and legal method of punishment in Peter’s day, particularly for children and slaves, and sometimes for wives and for those suspected of crimes.

Being beaten is today recognized as both illegal and a grievous violation.

Peter’s instruction to willingly cooperate with the laws of our modern-day society requires you and me to report such illegal activity to a higher authority.

For to this you have been called, because Christ also suffered for you, leaving you an example, so that you should follow in his steps.

Think back to your elementary school days, when the teacher would write on the chalkboard. The teacher’s example was to be copied by all the students. In the same way, the word Peter used for example is the teacher’s template, perfect handwriting that students were to copy as diligently as they could in their own hand.

The chief example Jesus taught his disciples, and is teaching you and me today, is the increase of trust in God through faith.

As Peter pointed out,

When [Jesus] was abused, he did not return abuse; when he suffered, he did not threaten; but he entrusted himself to the one who judges justly.

This became an especially poignant point for Peter the night Jesus was betrayed, and Peter sought to defend him by striking one of the nearby armed men with his sword. He managed to slice off a man’s ear! But Jesus not only healed the man, he chastised Peter, saying,

“Put your sword back into its sheath. Am I not to drink the cup that the Father has given me?”

1. If we really are wrong (as Peter was that night), we do not have a defense anyway. It is better to simply say, “You are right, I am wrong,” then seek to change for the better.

2. If we are right then we do not need a defense. Instead, you and I trust God to be our vindication, for the Lord knows who we are and what we have done. In this situation, we glorify God and we incarnate Christ by being a listener, vulnerable and open, willing to help, to change, to bring matters to a better place. In Christ, you and I have a limitless wealth of grace. We can afford to listen to someone’s unhappy words then ask them for their suggestions on changing for the better.

This is part of what Jesus gained for us by his sacrifice.

[Jesus] himself bore our sins in his body on the cross, so that, free from sins, we might live for righteousness;

by his wounds you have been healed.

For you were going astray like sheep, but now you have returned to the shepherd and guardian of your souls.

I grew up with the generation that coined the slogan “Question authority.” Children say to their parents, “I don’t want to,” and to their teachers, “you can’t make me.” Teens say, “why should I?” and adults say, “Don’t tell me what to do.”

But Peter might say those who have been born anew, who have been born from above, have a higher calling, an eternal perspective. Our willing cooperation with human authorities displays the unlimited grace and mature liberty we now have in Christ.