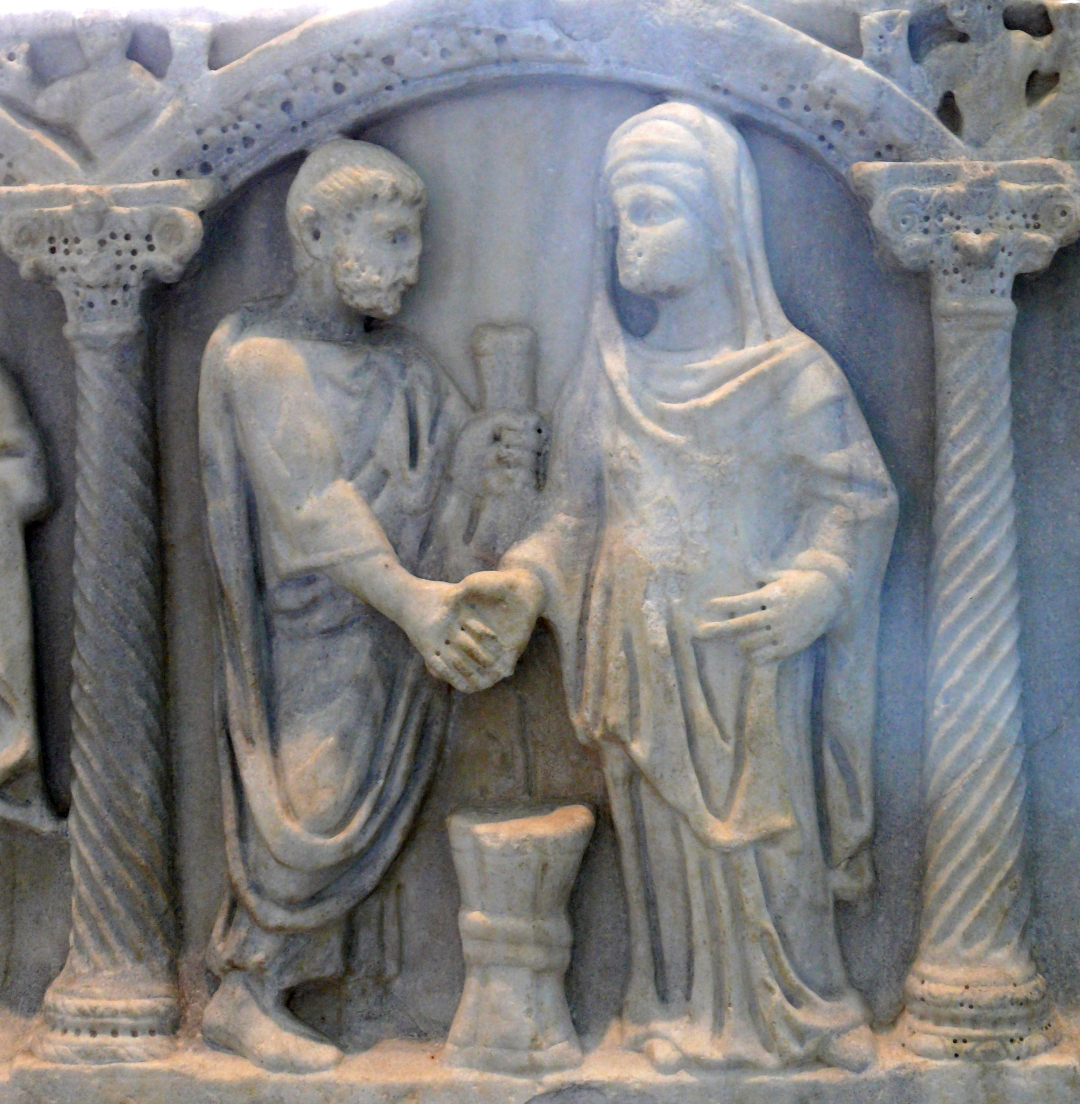 Peter’s letter has a flow to it that the chapter breaks somewhat obscure. From praise and thanksgiving over the glorious joy of their salvation, Peter moved into God’s call that believers live holy lives, to be a holy people as God is holy.

He was already writing to those who lived throughout what is called the Diaspora—those of Jewish descent whose ancestors had been taken captive and exiled to live outside of Israel.

Now, Israel was no more, and the area where God had given their forebears their ancient inheritance was now called Palestine and folded into the Roman Empire. True, place names persisted. There was Jerusalem on Mount Zion, surrounded by Judah, now called Judea. There was Samaria to the north, and Galilee past that. But the truth was, there was no Israel for the Diaspora to return to.

But Peter spiritualized their exiled state by pointing out the world itself was only their temporary home. So, because they really were exiles living among those who were not their people, and not believers, they were to live honorably that the world might glorify God.

Peter then gave practical ways to live out that call to holiness and being honorable.

For Those Married to Unbelieving Spouses

At first glance, these seven verses seem to correlate with similar teaching the Apostle Paul gave on marriage in two of his letters, one a circular addressed to believers in Ephesus, and another addressed to the assemblies in Colossae.

But on second glance, it becomes clear that Peter is still talking about how to live honorably—through the Lord—as a believer among those who have not put their faith in Christ. This has been Peter’s theme from the first line, addressed to the exiles of the Dispersion.

Paul also wrote to those who were married to nonChristians, and Peter’s instruction is better compared with -that- teaching (we will get to that).

In my research for this post, by the way, I turned to the insightful work of Bruce C. E. Fleming in his book Familiar Leadership Heresies Uncovered.

He also provides a deep dive into these verses in workshops found on the YouTube channel Tru316 Project Genesis 3:16 and beyond.

Revealing The Logos Without a Word

Likewise, wives, willingly cooperate with your own husbands, in order that since [these certain husbands] are not believing (nor obeying) the Word, through these the wives’ manner of life—without a word (logos)—will be won when they are beholding this, in your [Godfearing] pure manner of life.

Relationships work best when both people are willing, being filled with the Spirit of Jesus, willingly cooperating with each other.

But even when only one person, the wife in this example, is Spirit-filled in a relationship, to live honorably is to willingly cooperate with her husband, just as Peter earlier asked believers to do with earthly authorities and human institutions. Conduct yourselves honorably among the Gentiles, Peter wrote, so that, though they malign you as evildoers, they may see your honorable deeds and glorify God when [God] comes to judge.

In Peter’s day, in the larger GrecoRoman world of the first century church, husbands and fathers -were- the authority in their home. Wives already were expected not only to willingly cooperate, but actually to be subject to their husband’s authority over every aspect of the household. Peter does not seem to be addressing that, though. Peter was addressing the wives’ desire that their husbands come to saving faith in Christ.

Currently, their husbands were not believing (nor obeying, another aspect of the word ἀπειθέω, apeitheo) the Logos—in other words, The Word Himself, the Lord Jesus Christ. The believing wife’s instinct and desire might be to try to win her husband over with winning arguments,  quoting scripture and the teaching of the apostles, and she might also desire to change their household’s lifestyle and habits to come into line with her newfound faith.

Peter advised another way: win their husbands over by living the truth, that their conduct would reveal the reality and authenticity of a transformed life, and that as they daily lived as Christ before their husbands, they may see your honorable deeds and glorify God when [God] comes to judge because they will be won when they are beholding this, in your [Godfearing] pure manner of life. Peter used “logos” twice—when your husbands are not believing and obey The Logos, then live out the reality of The Logos without speaking a logos.

Christ Is the Example

Note how Peter began his instruction: In the same way.

In the same way as what? Or Who?

committed no sin,
and no deceit was found in his mouth.”

When he was abused, he did not return abuse; when he suffered, he did not threaten; but he entrusted himself to the one who judges justly.  He himself bore our sins in his body on the cross, so that, free from sins, we might live for righteousness; by his wounds you have been healed.

For you were going astray like sheep, but now -you have returned- to the shepherd and guardian of your souls.

In this same way, wives, live out the truth:

This is all embedded in the phrases In the same way, and [Godfearing] pure manner of life.

One of the ways both women and men displayed their status was to bedeck and adorn themselves. Men wore togas with stripes of Tyrian Purple if they were of nobility, or of a costly and rich red color as a display of their wealth and honor. Men also wore rings, wreaths for their hair, elaborate brooches for their finely spun cloaks, richly engraved scabbards for their Damascus steel swords, encrusted with gemstones.

Women, too, wore expensively dyed fabrics, draped themselves in jewels and fine textiles, had their hair woven into intricate and highly decorated fashions, and both men and women used cosmetics, prosthetics, hair pieces and the like to convey their class and societal tier.

But such ostentatious display was done for a purpose, not just for the enjoyment of lovely things, or to enhance appearances. It was meant as a statement of power that demanded the response of deference from others.

Instead, Peter urged (and Paul as well), let what people notice about you be spiritual.

[Do not] adorn yourselves outwardly by braiding your hair, and by wearing gold ornaments or fine clothing; rather, let your adornment be the inner self with the lasting beauty of a gentle and quiet spirit, which is very precious in God’s sight.

Do not is written as an imperative, but there is a word that comes before it, a word that means this one. Peter was carrying through his thought about how a woman married to a nonChristian man might live a Godfearing, pure manner of life that incarnates Christ. One big way, Peter wrote, was to allow this transformed life to be the most noticeable thing about you, rather than your status or your wealth.

This kind of wife is gentle, she provides a safe place for her husband to be himself. She does not put on airs, but rather is filled with the quiet confidence and peace that Christ gives.