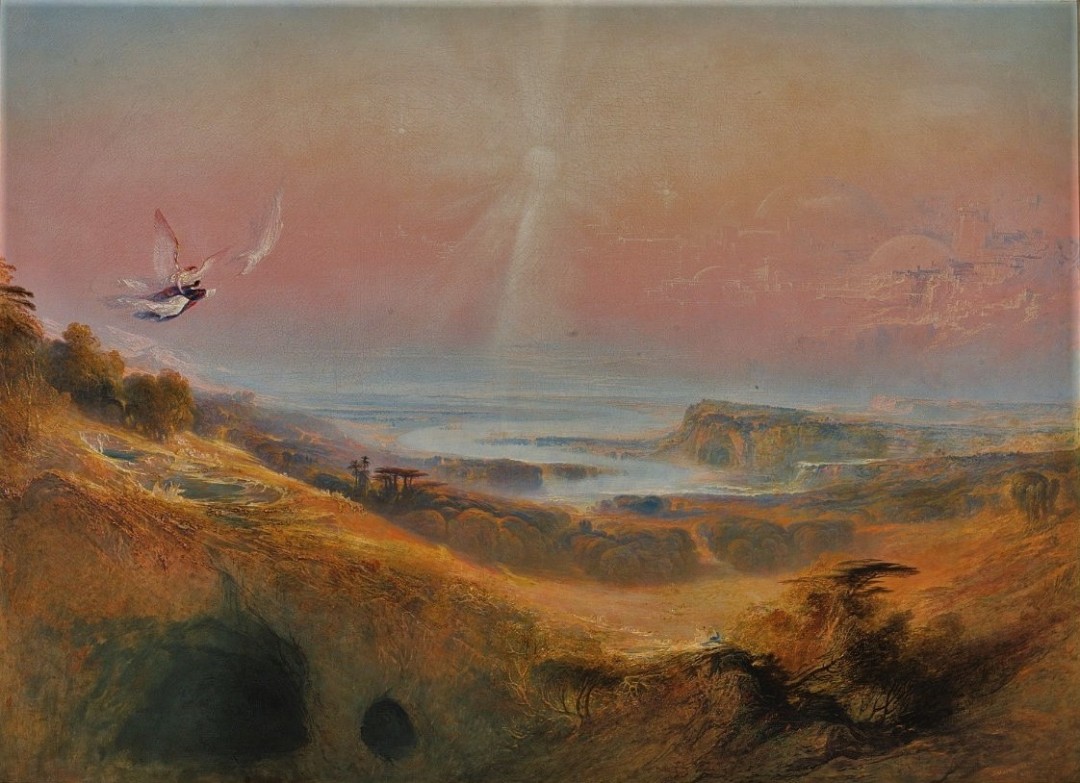 Zechariah’s final oracle is among the most prophetic and profound (and for many scholars, puzzling) of the prophet’s visions because of its eschatological and apocalyptic tenor.

For those who subscribe to either an amillennial or postmillennial view of the end of time, this final, dramatic vision will seem largely allegorical, or perhaps metaphorical, rather than a more concrete telling of what will physically happen in the last days.

Those of us who consider themselves more in the millennial camp view these as actual predictions of future events.

The last post envisioned future warfare and Christ’s fearsome appearance, This week looks at a possible view of the Millennium, and restored creation.

On that day there shall not be either cold or frost.

And the city has no need of sun or moon to shine on it, for the glory of God is its light, and its lamp is the Lamb.

The nations will walk by its light, and the kings of the earth will bring their glory into it. Its gates will never be shut by day—and there will be no night there.

Each night was known as the Feast of Lights, when the priests would light up all the candelabra in the temple, causing the golden walls and columns to become radiant with light, seen for miles around. It was on just such a night that Jesus proclaimed,

“I am the light of the world. Whoever follows me will never walk in darkness but will have the light of life.”

Remember that upon returning, Christ’s feet will once again stand on the Mount of Olives, precipitating a massive earthquake. It is reasonable to suppose (for those of us who read this oracle as physical predictions of what is yet to come) this earthquake will somehow break open a subterranean spring, causing a literal river to flow through the plains.

The Dead Sea, which, it is thought, was formed in consequence of the judgement on Sodom and Gomorrah, will now come back to life. There will be a rich river into the Negev and Transjordan.

John’s Revelation explained the significance of this river.

Then the angel showed me the river of the water of life, bright as crystal, flowing from the throne of God and of the Lamb through the middle of the street of the city.

On either side of the river is the tree of life with its twelve kinds of fruit, producing its fruit each month; and the leaves of the tree are for the healing of the nations.

Nothing accursed will be found there any more.

Once again, humankind will be able to eat from the Tree of Life! This is the resurrection and restoration the entire cosmos is longing for, according to the apostle Paul.

This is another spiritual fulfillment found in the Feast of Tabernacles.

On the last day of the feast the high priest would quote Isaiah: “With joy you will draw water from the wells of salvation,” fill a golden pitcher with water and pour it down the steps of the temple to commemorate Moses striking the rock and bringing forth living water for the people to drink. Everyone had to see the water of joy flowing out, rabbinical writings say that it was a great time of joy.

It was during this holy moment that Jesus cried out,

“Let anyone who is thirsty come to me, and let the one who believes in me drink.

As the scripture has said, ‘Out of the believer’s heart shall flow rivers of living water.’”

Now he said this about the Spirit, which believers in him were to receive; for as yet there was no Spirit, because Jesus was not yet glorified.

The whole world will be unified under Jesus’ rule, living water flowing from His throne throughout the whole earth. This is where the Millennium (which simply means “thousand” in Latin) comes in.

I saw thrones, and those seated on them were given authority to judge. I also saw the souls of those who had been beheaded for their testimony to Jesus and for the word of God. They had not worshiped the beast or its image and had not received its mark on their foreheads or their hands.

They came to life and reigned with Christ a thousand years.

For Christians, the last phrase in this verse is particularly compelling: “on that day the Lord will be one and his name one.” The word in Hebrew is אֶחָ֖ד | echad, meaning a single entity but made up of more than one part.

We see this as God-Three-In-One acknowledged in Christ, God the Son, that time when the apostle Paul spoke of every knee bending, and every head bowing to the King of kings and Lord of Lords.

The whole land shall be turned into a plain from Geba to Rimmon south of Jerusalem. But Jerusalem shall remain aloft on its site from the Gate of Benjamin to the place of the former gate, to the Corner Gate, and from the Tower of Hananel to the king’s wine presses.

And it shall be inhabited, for never again shall it be doomed to destruction; Jerusalem shall abide in security.

This future vision of Jerusalem shows up earlier in Zechariah’s book (Chapter Two), and is described in greater detail in John’s Revelation (click here for the longer passage).

In the spirit [the angel] carried me [John] away to a great, high mountain and showed me the holy city Jerusalem coming down out of heaven from God. It has the glory of God and a radiance like a very rare jewel, like jasper, clear as crystal.

1) It has a great, high wall with twelve gates guarded by twelve angels, and on the gates are inscribed the names of the twelve tribes of the Israelites. (Revelation 21:12)

2) The wall of the city has twelve foundations, written with the twelve names of the twelve apostles of the Lamb. (Revelation 21:14)

5) The foundations of the wall of the city are adorned with every jewel (reminiscent of the breastplate worn by the high priest). (Revelation 21:19-20)

6) Each of the twelve gates is carved from a single pearl (twelve pearls). (Revelation 21:21)

7) The street of the city is pure gold, transparent as glass. (Revelation 21:21)

8) There is no temple, for the temple is the Lord God the Almighty and the Lamb. (Revelation 21:22)

9) People will bring into jerusalem the glory and the honor of the nations. (Revelation 21:26)

10) Nothing unclean will enter it, but only those who are written in the Lamb’s book of life. (Revelation 21:27)