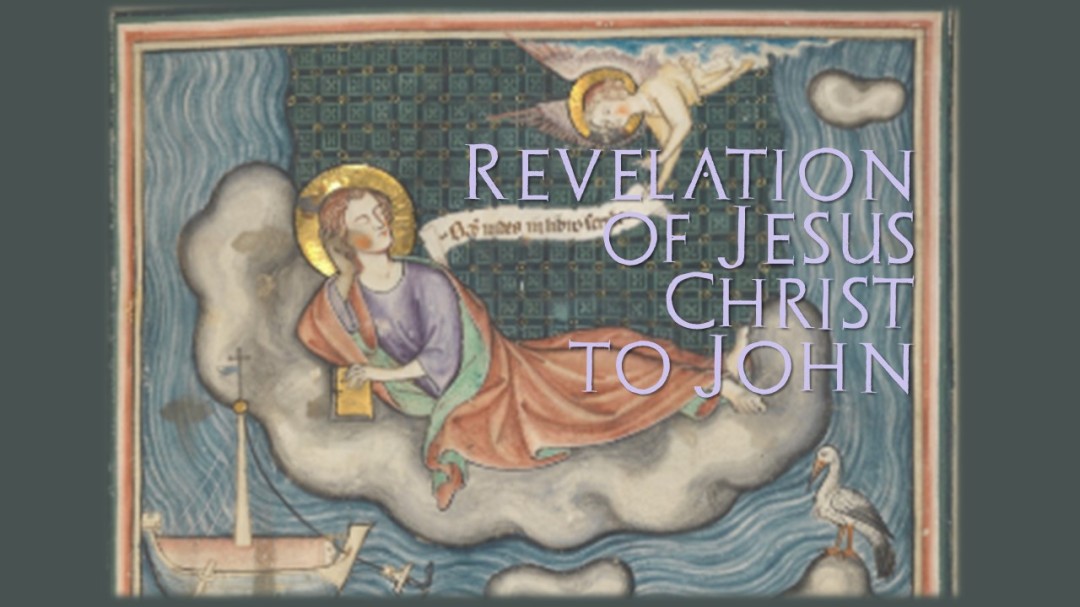 Revelation of Jesus Christ to John

Even a few sentences in, we can tell the Book of Revelation is unlike anything else in the Christian Testament. But the truth is, there is really nothing like it in the Hebrew Scriptures either, although there are many references to various prophetic imagery and events from the Hebrew scriptures.

Typically, this sort of document would be called an Apocalypse, which literally means, “uncovering” or “revealing,” and references the complete and final destruction of the world, leading to a new world. The uncovering or revealing is the parting of the curtain to show the heavenly or divine perspective of what is happening now and what will come.

According to one scholar,[1] the Book of Revelation shares many similarities with other apocalyptic literature.

The first similarity comes in the author naming himself—in this case, “John.” Many scholars think “John” is a pseudonym for someone writing either from the community of believers built up around the apostle John’s gospel and teaching, or wanting to write in the style and spirit of John. Other scholars accept “John” as being the apostle himself, at the very advanced age of eighties or nineties, in exile on the Isle of Patmos.

Encouragement for those suffering under persecution

Revelation—as apocalyptic literature was meant to do—was written to people who were experiencing suffering and persecution, and were in much need of encouragement to persevere, to keep their faith during prolonged crisis.

And to do this well, such authors employed a great deal of symbolism, including numbers, colors, supernatural beings such as angels and demons, and fantastical creatures such as chimeras and dragons.

In order to source this revealing, the writer would speak of visions held in trance, and interpreted by an angel, or other heavenly being. Sometimes there would be prophetic dreams, laden with portent, or mystical journeys that transported the writer from the earthly realm into the spiritual realm,

Typically, apocalyptic writing would trace a story line through history, coming through the present, then moving forward into the future, unveiling cosmic secrets about what is to come—massive transformation that will involve destruction and recreation.

Often there is some form of liturgical setting—temples, inner sanctuaries, altars and fires, hymns and worship, rituals of purification.

The whole apocalypse is meant to enhance vision so that the truth of the present can be seen in its ultimate reality, the reality that is so often hidden to the naked, human eye, but that is always available to see from the spiritual, divine vantage.

And what we see, reality disrobed, is dualistic. There is good, and there is evil, two discrete categories with no gray in between. What is happening is no surprise to God, for God is sovereign, and what God determines will come to pass. God has always been sovereign, God has had a purpose and plan from before time began that continues on into eternity. And God is seeing to it that God’s intentions will always be fulfilled.

Without God, destruction is inevitable

And the storyline of each apocalypse is that, with humanity at the helm of our destiny, the world is headed for destruction and death. Time and again, God has allowed humanity to have our way, and our way has consistently, inevitably, led to selfishness, cruelty, violence, wreckage, and annihilation. And so, the last chapter of humanity’s story will be just like the first.

Our only hope lies in God’s supernatural, powerful, radical intervention.

So, reading Revelation will involved the same kind of perspective needed to read the apocalypses written in the Hebrew Testament, and will also require a working knowledge of those prophetic writings.

But Wait, There Is More!

And now we are getting to the nitty gritty of reading Revelation. Because it is not just an apocalypse, it is also a letter, and it is presented as prophecy (rather than, say, an allegory).

Read as a letter

As a letter would in antiquity, Revelation begins with a salutation and ends with a blessing. Within the letter are seven more letters. The intention of Revelation, then, was most likely as a circular meant to be read to all the addressed churches then passed along to other outside churches.

Within the letter are prophetic utterances given very much in the style of the Hebrew prophets, who would act as the mouthpiece of God delivering the very words of God. As the saying goes, “From God’s lips to your ears.” As the prophets of old enjoined, so John also wrote,

Blessed is the one who reads aloud the words of the prophecy, and blessed are those who hear and who keep what is written in it; for the time is near.

“See, I am coming soon! Blessed is the one who keeps the words of the prophecy of this book.”

And he said to me, “Do not seal up the words of the prophecy of this book, for the time is near.”

How to Read Revelation

What is the balance, then, in how we read such a unique and gripping document?

Down through the centuries, Christians have taken three basic approaches.

The writer was referencing their own place and time, disclosing the truth about what was happening then, using symbolical language.

The writer was speaking about themes and truths that transcend time and place, seeking to convey spiritual truth that would encourage believers in every era.

The writer’s main purpose was to write of what will come, and to encourage especially those believers who will find themselves living in that cataclysmic time.

With many thanks to a really wonderful resource on YouTube called “The Bible Project,” let us get a good understanding of what apocalypse is all about.

[1] I consulted Mark Allen Powell’s Introducing the New Testament: A Historical, Literary, and Theological Survey for this introduction on apocalyptic literature.

8 thoughts on “Revelation of Jesus Christ to John”