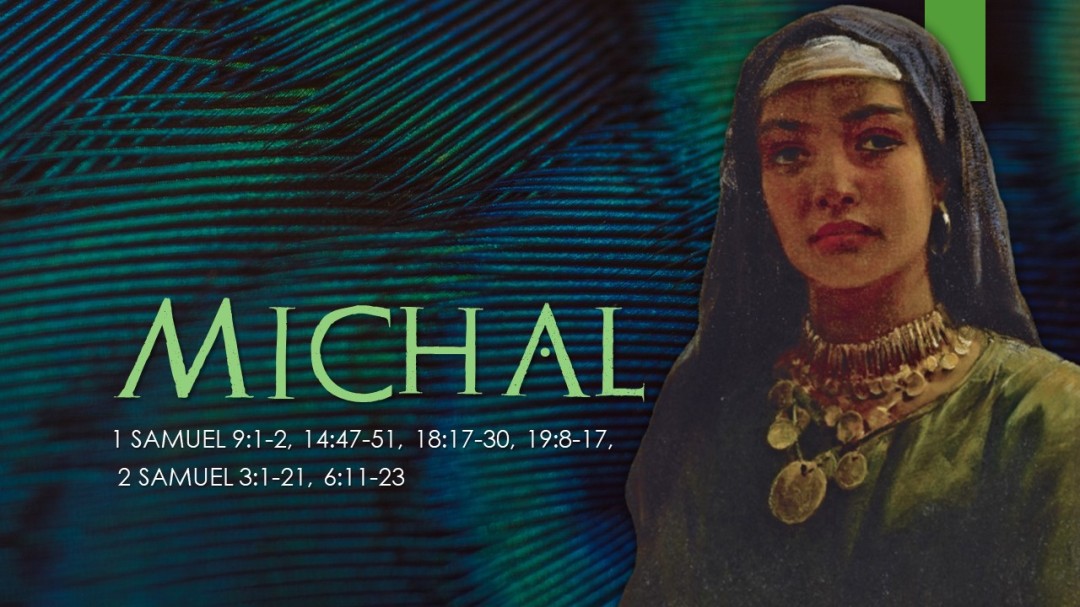 Embedded within the story of David, Israel’s most beloved king, and of whom the Lord said was a man after God’s own heart, is the tragic story of Michal, a Benjamite princess and daughter of king Saul.

Her story begins in Late Bronze Age Canaan. The twelve tribes of Israel were still in the throes of coalescing into a kingdom, beleaguered by battle after battle with the powerful Philistines, until representatives from across the tribes came to the prophet Samuel and insisted a king be found to lead them to victory.

So, Saul, the tallest, handsomest, and best-loved wealthy young son of a Benjamite family was crowned.

“When Saul had taken the kingship over Israel, he fought against all his enemies on every side—against Moab, against the Ammonites, against Edom, against the kings of Zobah, and against the Philistines; wherever he turned he routed them. He did valiantly, and struck down the Amalekites, and rescued Israel out of the hands of those who plundered them.”

He was a success! But the war with Philistia waged wearily on, until finally Goliath came forward with his famous challenge,

In response, Saul produced a challenge of his own, saying

“The king will greatly enrich the man who kills him, and will give him his daughter and make his family free in Israel.”

David took up that challenge, but not for wealth nor the hand of a princess. Rather, he fought for the honor of God’s name, in the might of God’s divine power. And all Israel could not help but fall in love with this young, handsome, fiery shepherd, musician, and courageous warrior. Including, it seems, Saul’s youngest daughter, Michal.

In Michal’s story we meet a young women in love, who soon becomes courage itself in her quick-witted rescue of her husband. But as the years go by, she becomes an abandoned wife given to another man, then a political pawn and finally the outraged and rejected queen.

Where was God in all this? Had God rejected Saul’s family on Saul’s behalf? Or is there a whisper of hope in an otherwise bleak tale of objectification and abuse?

The “Broken, Searching, Trusted, Powerful” series is a companion to the book, available on Amazon, and published by Wipf and Stock.